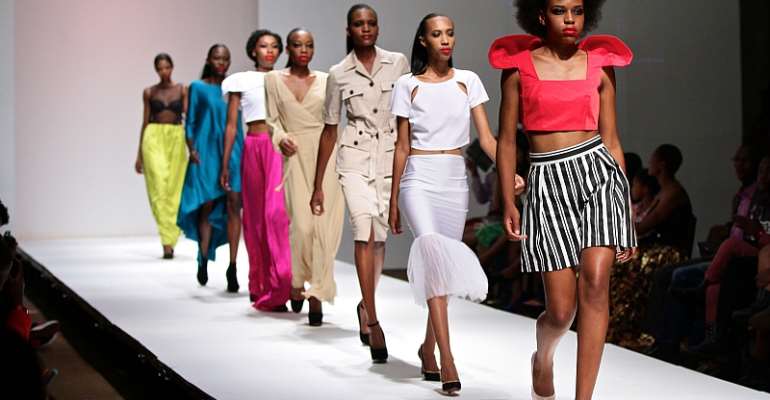 Saturday 27 September saw the fast rising London label RAAAH take the runway by storm at Zimbabwe Fashion Week London. Following on from a successful season in London with back to back showcases atUK's biggest fashion trade show Pure London, Africa Fashion Week London 2014, both in early August, and a London Fashion Week kickstarter event The Catwalk Edit earlier this month, RAAAH debuted its first ever collection 'Fly/Fly High' on the final day of the event.

Fast garnering rave reviews and editorial coverage in the UK since its launch in April 2014, it was only fitting RAAAH made its Africa debut in Harare which is businesswoman turned fashion designer Mohamed's hometown. RAAAH not only wowed the dynamic crowd but the designer was also nominated for the Designer of the Year Award at the awards ceremony on Sunday, 28 September 2014.

“Being Zimbabwean, I felt it was necessary to showcase my label at Zimbabwe Fashion Week, and the reception has been great, both from buyers and the media. With such great feedback, I am now looking forward to working on my next collection,” Rahima added.

The label's Zimbabwe Fashion Week debut will mark yet another step on the journey to becoming a global brand. RAAAH has continued to make waves both at home and abroad, attracting the attention of national and international media and buyers as well as celebrities such as Tiwa Savage who was photographed in a RAAAH dress only last month.

To find out more about RAAAH visit www.raaah.co.uk

RAAAH's debut collection “Fly/Fly High” is inspired by the designer's desireto make a lasting impression and stylishly fly high with her creations which she feels goes for every woman takingpride in her style. The versatile and contemporary collection is informed by a celebration of colours from more earthy creams and ivories to vibrant reds and timeless black, bold shapes as well as vintage inspired pieces which, according to Rahima, requires to certain level of confidence to pull off. The intended effect: a clean yet cutting-edge silhouette which exudes classand confidence, turning heads, stealing the show and flying high.