AFAG warns of demonstration if CHRAJ boss stays in office 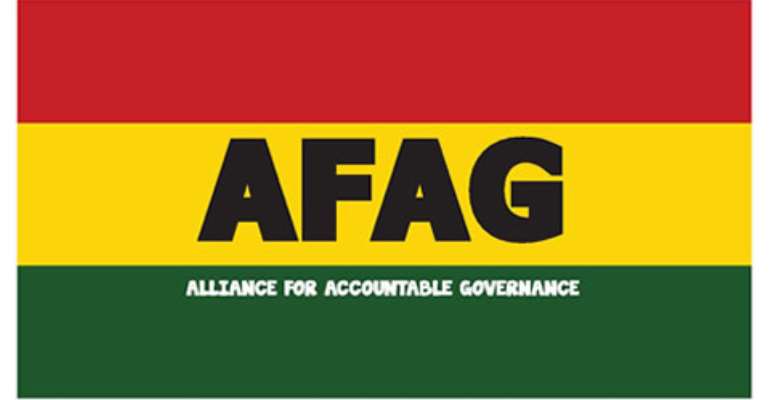 The Alliance for Accountable Governance has indicated it would soon hit the streets if calls on the government to sack embattled CHRAJ boss fell on deaf ears.

Commissioner on Human Rights and Administrative Justice (CHRAJ), Lauretta Lamptey has been in the news for rather bad reasons.

She is accused of expending huge sums of the tax payers' money on the renovation of her official apartment and hotel accommodation.

According to AFAG's Chairman, Dr. Ayew Afriyie, Ms. Lamptey's actions have dragged the integrity and image of the CHRAJ into the mud and must vacate her position as head of the Commission.

“AFAG, therefore, humbly calls on the CHRAJ boss to do the honourable thing by resigning from her post immediately and save the great injustice she is doing to the Ghanaian tax payer.”

He said by next week, AFAG would to stage a demonstration if she still stays in office. “Next week is action; it is going to spark and it would be continuous because we are tired; we are fed up.”

She is ranked at the same level as an Appeals Court Judge and was not supposed to spend more than $350 a month, the stipulated rent allowance for judges at that rank.

He said as head of an institution mandated to “to investigate complaints of violations of fundamental rights and freedoms, injustice, corruption, abuse of power…” amongst others, Ms Lamptey cannot continue to be in office when there are such allegations of wanton abuse of office against her.

Mr. Dompreh said his action was in accordance with the 1992 Constitution which lays down elaborate procedures in removing the CHRAJ Commissioner.

Mr. Ackumey said he was convinced that the petition for the removal of Ms. Lamptey is proper and necessary.

He said there are sufficient grounds for the petition, quoting Article 146 (1) to back his argument. The section said “A Justice of the Superior Court or a Chairman of the Regional Tribunal shall not be removed from office except for stated misbehaviour or incompetence or on ground of inability to perform the functions of his office arising from infirmity of body or mind.”

In his view, Ms. Lamptey's conduct fell below the standard required of Commissioner of CHRAJ which is high moral character and proven integrity.

“Clearly this is misbehavior, financial misbehavior,” which is below the standard expected of a person of “high moral character and proven integrity,” Mr. Ackumey said.

Earlier Communications Minister Dr. Edward Omane Boamah told Joy FM the government would sanction if audit probe shows that there was malfeasance on the part of the Commissioner.

He assured the government was determined to ensure profligacy and abuse of rules was curtailed.