Family gets first babygirl since 1913 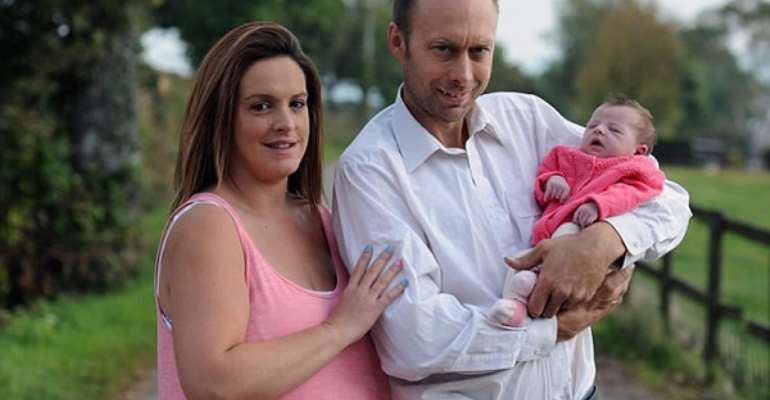 A family has had its first baby girl since 1913.
The Silverton family, from Devon, has a succession of 16 baby boys but this trend was broken when Jeremy Silverton, 43, and Danielle Andrews, 36, gave birth to a baby girl called Poppy earlier this month.

The last female born into the family was 101 years ago. Since then there has been 21 boys born over four generations She is the first Silverton female since her late great aunt Jessie Silverton who was born 101 years ago when King George VI was on the throne, women had no vote and the WWI was still a year away.

British newspapers reported that the baby was born at 8.45pm at the Royal Devon and and Exeter Hospital. She weighs 8lb and 11oz.

Despite a dominant male streak in the family, Danielle's mother Jo suspected that this time around the baby would be a girl looking at how her daughter behaved. But Jeremy dismissed this as superstitious.

But he then started to paint his blue nursery pink after doctors took an ultrasound and confirmed a daughter was on the way.

Jeremy said: 'It's always a 50/50 chance, you could flip a coin to guess but it just so happens that up until now our family has only had boys.

'However, Danielle's mother is the superstitious type and saw signs of it being a girl.

'I just thought it was an old wives' tale but because Danielle wanted a girl so badly we decided to go get a scan to find out the gender.

'We couldn't believe it when we got the news from the scans. As soon as we got home the previously blue nursery was repainted pink and white - there was no time wasted.

'When I first told my mother over the phone it took about five minutes for the penny to drop that she would be having a granddaughter and not another grandson.

'Poppy is likely to be very spoilt being the only girl but Harry and Oscar, our two boys, are taking it all in their stride.