By Friends of Nana Akufo-Addo (FONAA-USA) 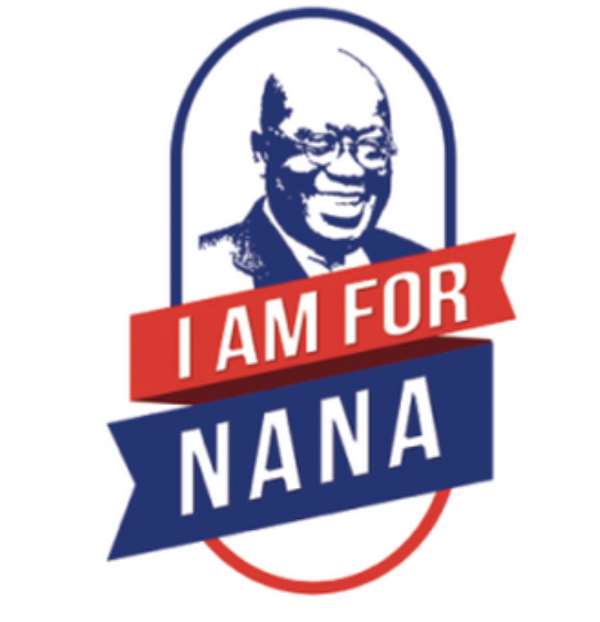 FONAA USA (Friends of Nana Akufo Addo) is an entity that has been instituted and well embellished in the principles of Nana Addo Dankwa Akufo Addo and strictly culminated in the traditions of the Danquah Busia-Dombo with the sole purpose of ensuring a resounding victory for Nana Addo Dankwa Akufo –Addo as the next President of the Republic of Ghana.

The Inauguration drew people from all walks of life who were bent on exerting their might towards the course of Nana Addo Dankwa Akufo-Addo in becoming the next president of Ghana. They recounted their unflinching belief in Nana Addo Dankwa Akufo- Addo as the well-placed political luminary and a selfless leader who will save Ghana from the current economic doldrums to a pinnacle whereby Ghana's economy will register an iconic transformation. The type of economic transformation that will transcend all the fundamental structures of Ghana's economy and subsequently translate into the pockets of the ordinary Ghanaian.

Imperatively, the inauguration was gracefully chaired by Nana Kofi Boateng (The Asantefoohene of the greater Washington area) and subsequently co-chaired by Ms. Stella Green. The hall was politically electrified as the Asantefoohene of the greater Washington Area (Nana Kofi Boateng) re-emphasized the need for the NPP to resurrect its spirit of resilience and the wining mindset going into election 2016 as a win-win for the NPP.

Chairman Wontumi, characteristically charged the audience with his sterling optimistic speech that was climaxed with a high level of motivation by re-echoing the need for all NPP (New Patriotic Party) members not to be afraid of all the intimidating tactics that are mostly adopted by the NDC (National Democratic Congress) on the day of general elections and that the NPP has what it takes to counteract them. He stated that in every dispensation God unveils a savior who rises up to the occasion to save his people.

He quoted Joshua chapter 1 verse 8 to buttress his point as the Israelites went through insurmountable suffering but God out of his mercy showcased Joshua who was able to normalize their situation based on fervency and boldness. When God said unto Joshua, “Fear not, neither be thou dismayed.” He stated that a time has come in the History of Ghana when a man of quality leadership in the person of Nana Addo Dankwa Akufo-Addo should be given the mandate to synonymously save Ghana from the proclivity of corruption that has become vividly endemic in the ruling government.

Ms. Aisha Salifu (the Co-Coordinator of FONAA USA) in her quest to offer a toast to Nana Addo Dankwa Akufo- Addo, walked the audience through an in-depth presentation by indicating how Nana Addo Dankwa Akufo- Addo sacrificed his all, came to Ghana purposely to fight the military dictatorships in Ghana through his legal prowess and succeeded in seeing Ghana going back to a democratic rule in 1992 that gave birth to the 4th republic.

She recounted when during the “dark days “ in Ghana's political history, Nana Akuffo Addo's voice could be heard on BBC and a hot political talk show called talking point in the interest of Ghana even in the face of all the intimation from the PNDC/NDC government.

Mr. Gabby Asare Otchere-Darko an astute lawyer and the former director of the Danquah Institute re- echoed the peaceful nature of Nana Addo Dankwa Akufo- Addo and how Nana Addo averted a possible bloodshed when the country was at the brink of internal war right after the 2012 General elections of Ghana and his quick acceptance of the supreme court verdict in his quest to ensure peace in Ghana. He was optimistic of Nana Addo's ability to present a formidable front for a resounding victory for the NPP during the 2016 general elections of Ghana.

Hon. Freda Prempeh ecclesiastically, presented a vivid picture of the worsening unemployment situation in Ghana under the leadership of the NDC and the escapadic deterioration of all the social interventional policies that were fostered in place by the NPP due to the incompetence of the John Mahama administration.

Hon. Sarah Adwoa Safo was enumerative of the series of scandals that have rocked the ruling NDC government of Ghana and the need for Ghanaians to reject the NDC. The National youth employment Saga, the Woyome saga and the SADA saga. She re-echoed the fact that Nana Addo Dankwa Akufo-Addo is incorruptible and as such is well placed to fight corruption as the next president of Ghana.

The fundraising session was spectacular and well eclipsed in a joyful mood as the audience depicted their determination financially towards making Nana Addo Dankwa Akufo-Addo the next president of Ghana.