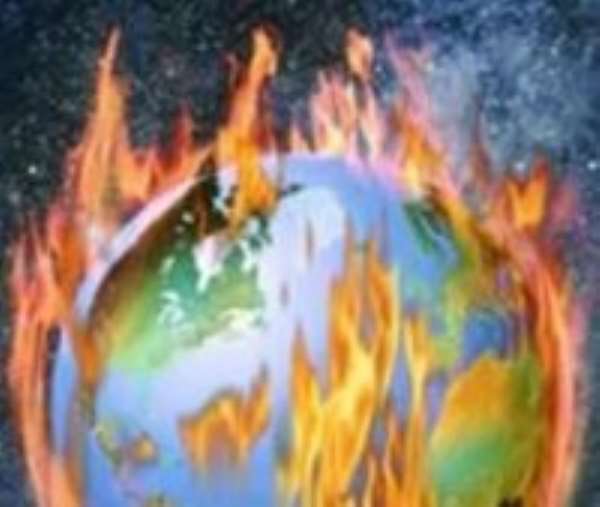 With our inability to ensure maximum biodiversity- which is essential to sustaining the living networks and systems that provide us all with health, food, wealth, energy and the vital services our lives depend on, thousands of species are risk to extinction from disappearing habitats, changing ecosystems and acidifying oceans. According to the IPCC, climate change will put some 20% to 30% of species globally at increasingly high risk of extinction, possibly by 2100. These organisms, ecosystems and ecological processes supply us with oxygen and clean water. They help keep our lives in balance and regulate the climate. Yet this rich diversity is being lost at a greatly accelerated rate because of human activities.

Countries of ecological interest has started campaigning and taking action against global warming and climate change as well as every activity that connote these impacts. On the other side, most developing countries- due to economic instability and temporal resource exploitation benefits do not prioritize climate action.

Most developing countries regard developed countries as more carbon producers and therefore think it's right for such countries to put a price on carbon, however, climate change is a global phenomenon and its impact will affect every country.

Ghana provides an excellent example of the additional challenges that climate change and variability places on development. It has made significant economic progress in recent decades and achieved middle income country status. Like all other countries, this progress is accompanied by rising greenhouse gas (GHG) emissions, and Ghana has moved from being a net carbon sink to a net emitter. The sink decline is due to deforestation. Net GHG emissions rose from an estimated minus 16.8 million tonnes of CO2 equivalent in 1990, to 23.8 MT in 2006, with 40% of the emissions from energy, 24% from agriculture and 25% from land use, land use change and forestry (MEST, 2011).

Diseases like malaria which result in the death of most citizens every year in Ghana could become more difficult to control even in areas where it's currently cold for the parasite to spread year-round. The malaria parasite itself is generally limited to certain areas by cooler winter temperatures since it is not able to grow below 16°C. As temperatures rise, diseases can grow and disease vectors (the carriers that transmit disease, such as mosquitoes) will mature more rapidly and have longer active seasons. A warming planet threatens people worldwide, especially tropical countries like Ghana -causing deaths, spreading insect-borne diseases and exacerbating respiratory illnesses. The World Health Organizationbelieves that even the modest increases in average temperature that have occurred since the 1970s are responsible for at least 150,000 extra deaths a year—a figure that will double by 2030, according to WHO's conservative estimate.

As part of the Millennium Developmental Goal, food security is one of the sectors that drive most developing countries into famine and extreme poverty. Ghana currently depends on Agriculture for a higher percentage of employment; the agriculture sector provides as with foods and has a significant percentage of the nation's Gross Domestic Product (GDP). Farming basically depends on the fertility of lands and more importantly weather conditions. Over exploitation in Ghana has led to increased soil degradation caused by soil-nutrient mining, erosion, deforestation and desertification, water logging, falling water tables, over salinization and potentially, climate change render barren the marginal cropland the poor had counted on for survival.