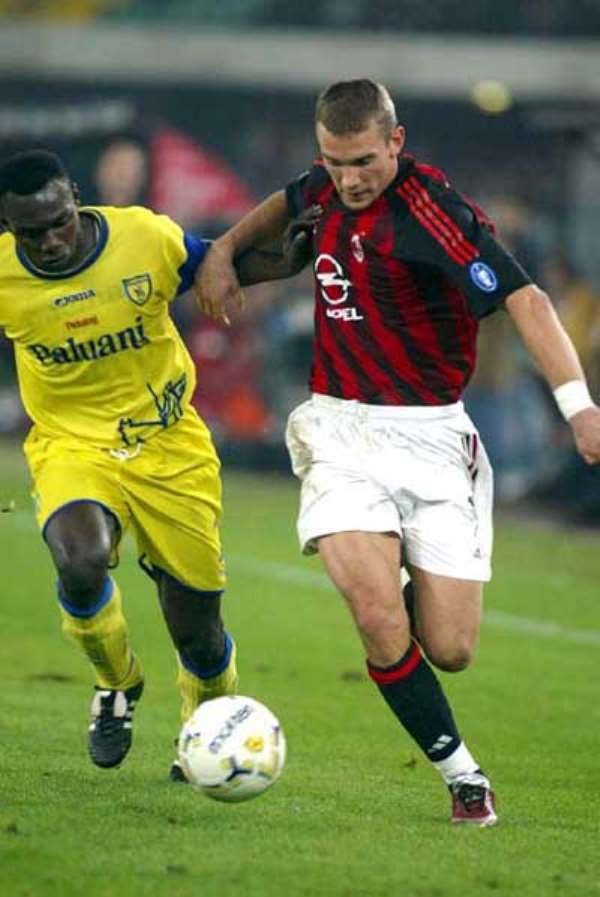 A member of the senior national team, the Black Stars, John Mensah on Thursday presented four sets of jerseys, eighteen footballs, 120 training bibs and a cash of three million cedis to Ashantigold Sporting Club as part of his contribution to the development of his former club.

In addition he gave all the goal scorers against Kotoko, Valentine Atem, Ofosu "Tico-Tico" Amoah and Awudu Ronaldo a pair of football boots each for their distinguished performances on Wednesday.

John Mensah, who was a member of the Ashantigold Academy in Obuasi, said he was impressed with the great performance Ashgold displayed against Kotoko and advised that the players should take every match equally serious and be disciplined as well.

Captain Andy Sam, the Chief Executive Officer of Ashgold was full of praise for John Mensah due to the fact that so many players playing outside the country passed through the hands of Ashgold but none has made such a great gesture as he has done.

Sam also stated that the current Ashgold players should learn from Mensah when they also get the chance to play outside the country. He thanked him on behalf of the Board of Directors, management members, staff, supporters and the entire playing body.

Present at the ceremony were the National Supporters Chairman of Ashgold, Mr. Buany Mensah, the Vice Chairman, Mr. A.K Badu, Mr. Bawa Musah, Mr. Victor Frimpong and some of the sports presenters.