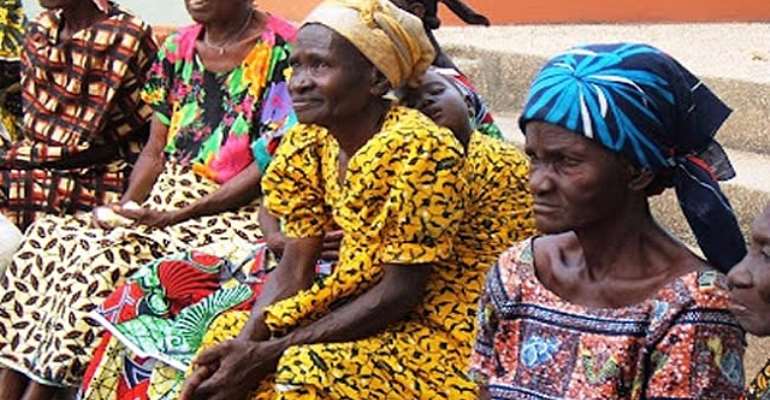 Togbe Adom Drayi II, Head of Organisation Department, Trade Union Congress (TUC)-Ghana on Friday said Ghana as other countries of the world, is experiencing an increase in the number of the elderly in society.

He said in 1984, the elderly constituted about four per cent of the country's population but in 2000 the percentage went up to 3.5 per cent.

Togbe Drayi II was speaking at a day's workshop to educate journalists on a research they conducted on Elderly Care Arrangement in Ghana.

He said the trend showed that as a country “we need to take issues of the elderly very seriously and put in place implementable policies to address the problems of the aged in our society”.

He said Ghana in 2010 adopted a policy on the aged under the theme “roaming in dignity and in security” but how to operationalise it still remained a challenge.

“Since that time TUC (Ghana) and other stakeholders have been calling on Government to do something about the issue,” he added.

Togbe Drayi II said a TUC-Ghana funding from a Denmark NGO has done a research on the topic and the workshop is to scale up efforts to ensure that government implements the policy.

He said ageing population has significant social and economic implications for the individual, the family and society and stressed the need for all to come on board to address the issues.

Mr Asafu-Adjaye said both the traditional and the formal support systems for the elderly in Ghana did not adequately respond to the needs of the growing cohort of persons aged 60 years and above.

He noted that currently, only a little above 229, 000 elderly people, out of the estimated 1.53 million older Ghanaians receive cash grants from the Social Security and National Trust, Chapter 30 of the 1950 British Colonial Ordinances (Pension Ordinance No. 42), popularly known as CAP 30 and the Livelihood Empowerment Against Poverty (LEAP) Programme.

“As many as over 1.3 million older Ghanaians are not covered by any guarantee income schemes. These older persons rely on the family and other informal sources, which is increasing becoming unavailable due to a number of economic and social changes,” he added.

He said the research recommended an urgent need for greater national attention to care for the elderly in Ghana.

“Pragmatic actions need to be taken to prevent more of our elderly from falling into destitution and to ameliorate the situation of the greater numbers who are already facing neglect.

He said government and family must take the lead roles in the provision of care and support for Ghana's elderly while other stakeholders support.

“Government of Ghana must without delay, establish both the National Council on Ageing and the Active Ageing Fund; emphasize geriatric care in Ghana, to give special healthcare to the elderly; promote adequate coordination of all national schemes aimed at supporting the elderly.

The research also recommended the establishment of a social pension scheme to provide at least some income for all older persons in Ghana.