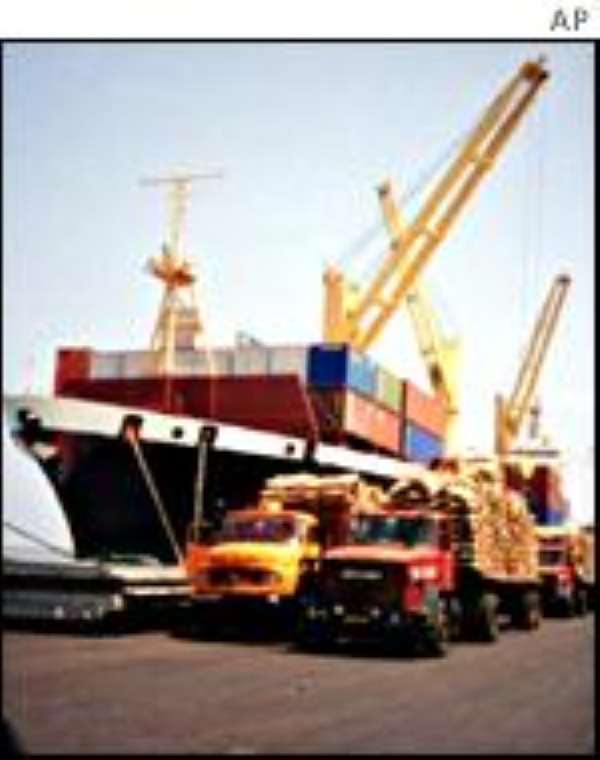 Tema, June 14, GNA - A number of importers from Ghana's landlocked neighbouring countries have decided to use the Tema Port, as corridor for their goods in transit to their various countries.

The importers from Burkina Faso, Mali and Niger cited good security network, manageable handling rates, high efficiency levels and Ghana's peaceful atmosphere as reasons for relying on the Port of Tema for their transit goods, Mr Jacob K. Adorkor, Tema Port Operations Manager, told the Ghana News Agency in an interview at Tema on Saturday. The landlocked countries diverted their transit cargoes from the port of Abidjan, Cote d'Ivoire to the Tema Port since the Ivorian crisis started in September 2002.

He said since the transit goods started routing through Tema Port "traffic has increased drastically", and that about 80 percent of the goods would have passed through Cote d'Ivoire

"What appears to be congestion at the Port is not created by traffic, but the physical development work at the quay two extension, work at the cocoa shed as well as construction of transit sheds at berth eight and 10," he stated.