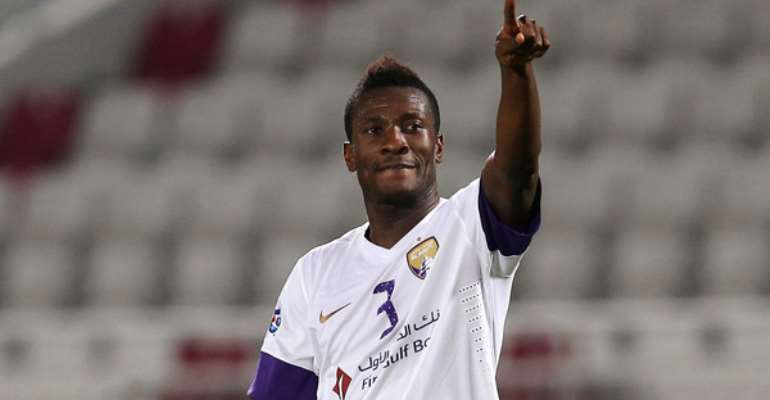 UAE giants Al Ain will be counting on Ghana striker Asamoah Gyan on trip to Saudi Arabia's Al Hilal in the first leg of their Asian Champions League semi-final in Riyadh on Tuesday.

Gyan is the competition's leading scorer with 12 goals and his prolificacy will be tested against one of the miserly defenses this season.

At home, the club slumped to sixth last season following the departure of coach Cosmin Olaroiu, who promptly led Dubai's Al Ahli to the title.

Al Ain went through three managers in six months before the appointment in March of Croatian Zlatko Dalic, who led the club to victory five of their last seven league matches and the domestic President's Cup final.

Al Hilal are Saudi Arabia's top club, having won the domestic championship a record 13 times, and were twice continental champions in 1991 and 2000 prior to its re-branding as the Asian Champions League.

Yet they struggled in their qualifying group and were bottom after three matches following two 2-2 draws and a 3-2 loss.

The Riyadh team then won two and drew one of their remaining fixtures without conceding a goal.

The winner will play either South Korea's FC Seoul or Australia's Western Sydney Wanderers in a two-legged final starting next month.