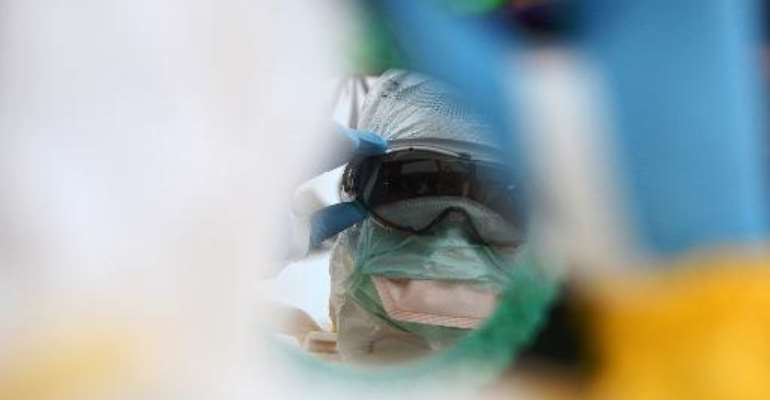 An medical worker checks their protective clothing in a mirror at a facility in Kailahun, Sierra Leone, on August 15, 2014. By Carl de Souza (AFP/File)

Doctor Olive Buck, who was in charge of Lumley Government Hospital in the capital's west end, tested positive for Ebola on Tuesday and was admitted to the Connaught Hospital in central Freetown.

"It's another sad loss for the profession," Sierra Leone's chief medical officer Brima Kargbo told AFP by telephone. "The ministry of health is in deep grief to miss another devoted Ebola fighter."

Medical sources said arrangements had been at an advanced stage to fly the ailing doctor, who was in her early sixties, out of the country for further treatment.

Patients of the late doctor described her as "very friendly and jovial".

"This is a big blow. She was much loved for her caring spirit. I cannot believe that she had died," said 35-year-old Joko Sutton, one of her patients.

Buck is the first female doctor to die from Ebola in Sierra Leone. Three male doctors have succumbed to the tropical virus since July. Some 50 nurses in the country have also died from the disease.

The Ebola outbreak ravaging west Africa has killed more than 2,400 people since it erupted earlier this year, according to the World Health Organization.

Sierra Leone, Guinea and Liberia are the hardest-hit countries.