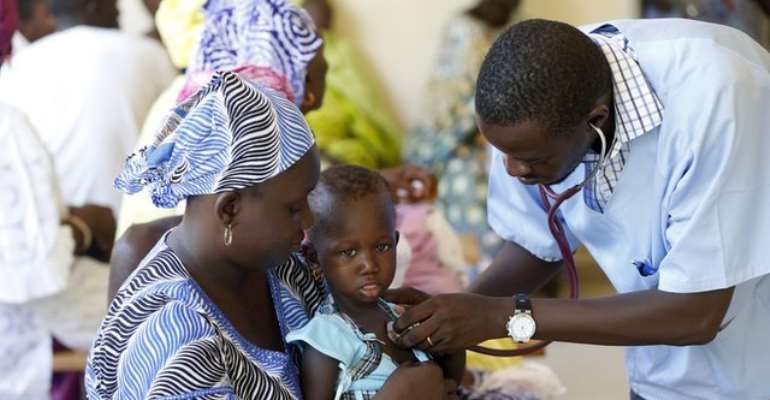 The United Nations General Assembly at its 68th Session, adopted Resolution A/68/L.60, "Consolidating Gains and Accelerating Efforts to Control and Eliminate Malaria in Developing Countries, Particularly in Africa, by 2015” by consensus.

Recognising progress made through political leadership and a broad range of national and international actions to scale-up malaria control interventions, this annual resolution urges governments, United Nations agencies, and all stakeholders to work together to meet the targets set out in the Roll Back Malaria Partnership's Global Malaria Action Plan (GMAP) and the UN's Millennium Development Goals (MDGs).

An official statement issued in Accra and copied the Ghana News Agency said with just less than 500 days until the 2015 deadline of the MDGs, the adoption of this resolution by the General Assembly reiterates the commitment of UN Member States to keep malaria high on the international development agenda.

“We have seen tremendous progress against this killer disease in recent years, but continued success will require increased political and financial commitment from donor and endemic governments alike. Together we can scale-up efforts and continue saving lives,” it said.

The statement said since 2001, the World Health Organisation (WHO) estimated that malaria death rates have decreased by nearly 50 per cent in Africa alone, where 90 per cent of all malaria-related deaths still occur – contributing to a 20 per cent reduction in global child mortality and helping drive progress towards UN MDG 4.

“Between 2001 and 2012, collective efforts helped avert an estimated 3.3 million deaths (69 per cent) of which were in the 10 countries with the highest malaria burden in 2000 and more than half of the 103 countries that had ongoing malaria transmission in 2000 are meeting the MDG of reversing malaria incidence by 2015.

“Despite these advances, almost half of the world's population remains at risk from malaria, with an estimated 207 million cases of infection around the world each year and 627,000 deaths. Around the world, a child still dies from malaria every minute.

“The resolution calls for donor and endemic governments alike to support global malaria control efforts, including the secretariat of the Roll Back Malaria Partnership, and to intensify efforts to secure the political commitment, partnerships and funds needed to continue saving lives.

“Increased financing will be critical to further advancements, as current international and domestic financing for malaria of US 2.5 billion dollars in 2012 amounts to less than half of the US 5.1 billion dollars estimates to be needed annually through 2020 to achieve universal coverage of malaria control interventions,” the statement said.

Impacting all eight of the United Nations MDGs, malaria prevention and treatment serves as an entry point to help advance progress against other health and development targets across the board by reducing school absenteeism, fighting poverty, and improving maternal and child health.