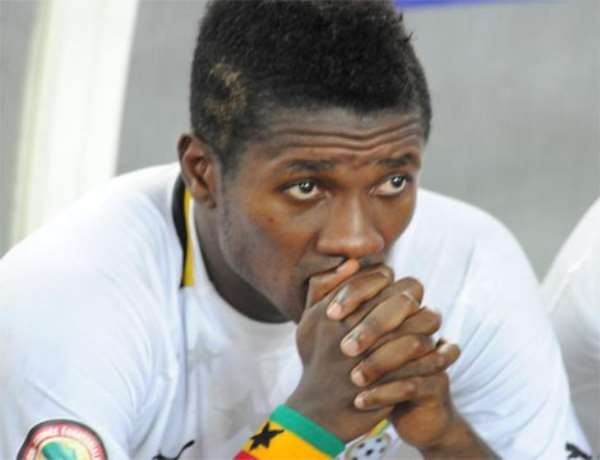 The euphoria that characterizes the black stars arrival in Kumasi is something that can never be underestimated. But this time, the stars were left on their own without the normal jubilant welcome that the players enjoy in the Ashanti region.

Some enthusiastic supporters at their own expense would organize buses to meet the stars at the Kumasi airport; no doubt these supporters are always willing to sacrifice anything to catch a glimpse of their male protagonists. Sports enthusiasts would previously hire brass band and local drummers to dance and bask into the adulation of the moment.

The stars on the other hand will with no hesitation join in, in an ecstatic lucid of sanity. The black stars are in Kumasi to play against Uganda on September 5 and will take on the Hawks the following weekend in Lome in the qualification to the 30th edition of AFCON. The AFCON qualification will be played from 17 January through to 8 February 2015 in Morocco. Winners and runners-up of each group plus the third-best team will join hosts Morocco for the final tournament.

Its very astonishing that the black stars that arrived at the Kumasi airport were stranded without knowing where to go till their bus pulled up. Individual players were seen leaning against the walls of the airport down in the dumps. It was very surprising that, airport officials didn't know the stars would be arriving in Kumasi when a few journalists who were at the airport inquired. Many have attributed this treatment of the stars to their Abysmal performance at the world cup, which I believe is of no doubt.

Usually the regional minister and other prominent people would meet them at the airport with a jubilant crowd cheering them up but that was missing as well. This is the time the players need the support of its sports loving public, but it looks like they have been left high and dry.

Others are not happy because of the amount of money given to the players when the country was and currently is going through a financial hassle, coupled with the airlifting of this huge amount of 3 million cedis to the players in Brazil which attracted the attention of international press and the embarrassment it brought upon the country.

Some think that the behavior of the team officials and the sports minister which resulted in blows leading to the sacking of some players from the camp is one of the reasons why people are losing interest in the stars.

What I called the most embarrassing of all, are two events that have taken place in Kumasi when the stars arrived. One is when the players at a training session, were booed at, to the extent that the captain, Asamoah Gyan had to beg the supporters to stop. Many people on the street of Kumasi were hauling all sorts of insults on the players when they arrived in town.

The second incident that broke the camel's back is; when at a meet the press session a journalist with Graphic news paper asked Asamoah Gyan whether he truly used his friend, a popular musician, Castro for rituals as being rumored around. Baaaaam!!!! This question brought tears down. It took the intervention of Coach Kwesi Appiah to condemn the journalist's question and to boost morale. I'm told the journalist was asked to leave the conference after that gratuitous question at that particular hour. I was reliably informed morale dropped to zero at the moment the question hit the captain; personally I think the question was way way below the belt, taking into consideration the task ahead of the stars.

I sought the opinions of a few people on the Ghana versus Uganda match have predicted Ghana to mislay, others personal outlook is that the stars should not qualify to the AFCON so that the country will save money in its current economic difficulty.

The big question is; are people losing confidence in our team? I pray the team management and the sports ministry will look at this and save the stars from losing the fervent support from the public.