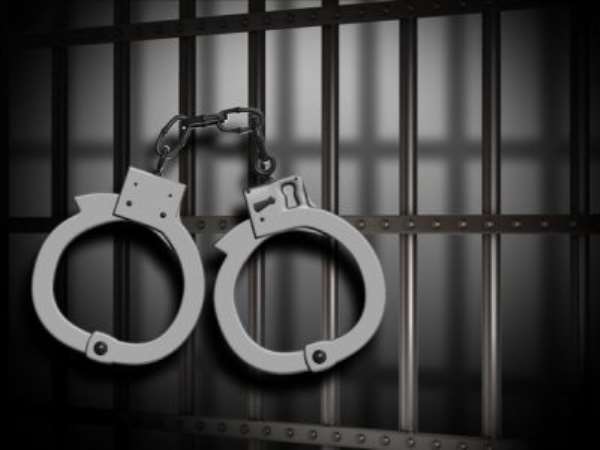 Globally, criminal justice system aims at safeguarding and promoting public protection, reduce the risks of re-offending- thus minimising recidivism, undertake the rehabilitation of offenders and engineer their resettlement in the community, serve as deterrence and promote victim empathy.

In most democratic jurisdictions where the fundamental human rights of the citizenry is valued and not taken for a ride, the criminal justice system provides the opportunity for the development of such humane and realistic penal policies that underscore the aims of the system

It is in such jurisdictions that the phenomena of sentencing guidelines and alternative to custodial sentencing or non custodial measures for minor offences are characteristic features as in line with the UN Standard Minimum Rules for Non Custodial Sentences of Minor Offences and the Penal Reform International agenda for penal reform worldwide and its conference objectives adopted at an international conference held on 13 and 27 April, 1999

A feature emphasised by the Lord Chancellor of England and Wales, Lord Phillip when contributing to a debate on 'alternative to custodial sentencing in Scotland '

The understanding of the values and ethics of democracy ensures that remand prisoners are not subjected to any form of abuse of their fundamental human rights as it is the case in our country, where remand prisoners are almost left to rot in prison estates without the recognised due process of law

The hitherto governments 'knee-jerk 'response through the 'justice for all programme, in my professional opinion is no credible and practical intervention strategy as it is not under- pinned by any meaningful research or theory , that could have provided a framework work for professionally assessing the criminogenic needs of those released in appropriately rehabilitating and resettling them in their communities

In other democratic jurisdictions, Standard measures are developed in responding to the needs of such prisoners who do not need to spend over 5 years on remand due to systemic and institutional failures for it is valued and respected that justice delayed is justice denied

Significantly, there are legal provisions and constitutional framework that do not condone the seeming abuse of remand prisoner's rights for speedy trial as characteristic of our criminal justice system, one that has been increasingly responsible for the cause of our prison over-population or over-crowding

In Ghana, the evidence is that a significant proportion of the prison population is made up of remand prisoners, some of whom should never be there in the first instance, given the minimal level of seriousness of the offences for which they are being held

As an element of addressing this apparent challenge, in most jurisdictions, the system puts in place remand management initiatives and schemes as meaningfully credible responses to those prisoners who may have to be remanded in custody if they do not qualify for bail, given any unnecessary long periods of stay in custodial regimes are deemed as breach of their fundamental human rights

The recent concerns expressed by the Minister of Interior Mr. Mark Wayongo when addressing prison authorities in the upper east region of the country about the genuine plights of remand prisoners and his indications for his ministry to have a stakeholders conference to collate suggestions to reform our laws and make provisions for non-custodial sentences is good news albeit over due

The genuine concern is how feasible will be this intent, for good intentions are not good enough when faced with matters as grave as the lack of non custodial measures within our criminal justice system and the attendant abuse of the rights of remand prisoners

Clearly this will not be the first time a high profile official of state is expressing concerns about the failures of our criminal justice system in meeting with the aspirations of the citizenry in terms of speedy trial for remand prisoners, alternative to custodial sentencing or the promotion of community sentencing as credible sentencing options for the courts

Several such statements have grabbed news headlines on numerous occasions in the past without any serious, meaningful and practical attempts at devising the relevant and appropriate legislative framework and practice guidance for such intervention strategies

Hopefully this will not also add to the numerous number of the ' wishy-washy' ,long speeches , rhetoric and empty promises of yester-years, about penal reform in this country but will serve as the real hub for advancing the debate on addressing the needs of remand prisoners, address prison over- crowding and respond to the urgent need for the development of those relevant ,legitimate and appropriate legislative framework and provisions for non-custodial measures as credible response to minor offences in our country

The Minister will do Ghanaians a reasonable deal of great service and will have made his contributions to national development through this agenda for penal reform if he can start the public sensitisation now, in reaching out to public –stakeholder participation sooner than later

It is a considered professional view that the phenomena of prison overcrowding, incredible, outrageous, ridiculous and bizarre long prison sentences, particularly for minor offences in the face of the lack of a national sentencing guidelines and the ill-treatment of remand prisoners is a recipe of the abuse of the basic and fundamental human rights of those who come into conflict with our laws

Mr. Woyongo can count on the support of the several penal reform advocates and civil society groups if he indeed means real business on this occasion as a clear departure from the 'play to the gallery approach 'to doing serious work.

• The author who is a social care and offender management and rehabilitation consultant is a known penal reform advocate. He is contactable on 0248 416 287/[email protected]