Re: The Ebola Outbreak: Is It Safe To Travel? 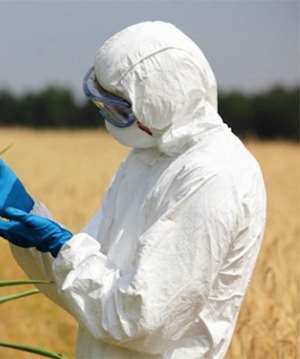 The Embassy of Ghana in Washington D.C. wishes to make clarifications on an article that appeared on Fox.com website on 18th August 2014, “The Ebola outbreak: Is it safe to travel? The article, written by Mark Murphy sought to educate American travellers to Africa on the Ebola Viral Disease (EVD).

In the seventh paragraph of the article, the author advises American travellers to avoid a number of countries in West Africa where the outbreak of Ebola has been reported. Ghana was mentioned as one of the countries to be avoided.

We would like to set the record straight and to state emphatically that Ghana is NOT one of the countries affected by EVD. To date, not a single case of Ebola has been reported in the country and at no point in time has the Ministry of Health confirmed the outbreak of the virus in any part of the country. Though 57 suspected cases had been reported as at 13th August 2014, all proved to be negative after testing.

That notwithstanding, the Government has taken measures to prevent the outbreak of Ebola in Ghana. It has put in place a comprehensive Preparedness and Response Plan for EVD including, screening at entry points, and designating three Ebola Treatment Centres in Kumasi, Tamale and Tema. Public education to create awareness has also been intensified