NDC would recapture all parliamentary seats in Brong Ahafo 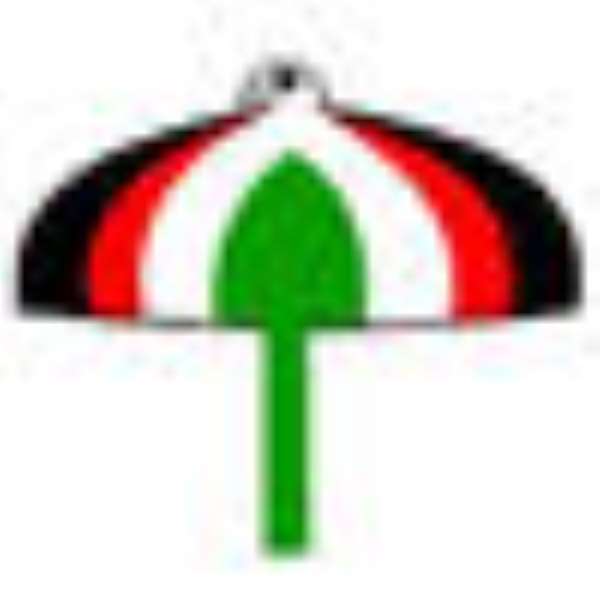 Techiman (B/A), June 2, GNA - Mr Alex Baffour, national Democratic Congress (NDC) Officer in-charge of Special Duties in the Techiman Municipality, has expressed optimism that the Party would capture all the parliamentary seats in the Brong-Ahafo region in Elections 2004. He said the impression held by a section of the opposition parties that the NDC was dead and buried was a farce, because it was a wish that could never be fulfilled.
Mr Baffour was addressing a meeting of NDC youth at the weekend at which they discussed strategies to be adopted in the electioneering campaign in the Municipality.
He said despite the setbacks suffered by the Party's parliamentary candidates in the Election 2000, the NDC was poised to win back all the lost seats in this year's elections.
"Even in the newly created constituencies and districts in Kintampo, Nkoranza, Jaman, Tano and Asunafo, the NPP would lose all the seats", he said, and called on NDC members not to panic because the Party was putting effective mechanisms in place to counteract any dubious moves by any other party. 02 June 04

Latest Photo Reports
Catch up with all the political quotes from our politicians.
Advertise here
More NDC News
ModernGhana Links
Calling on gov't to complete your projects is an endorsement of NPP's 'break the 8' agenda for 2024 — Stephen Atubiga to NDC
Withdraw fraudulent suspension of Salaga South Constituency Executives immediately — Concerned NDC Supporters
‘Give us our harbour or resign for being unfaithful, untruthful’ – Cape Coast NDC tells Akufo-Addo
“Even those who lost elections are thanking people, what are their problems with me inspecting projects?” – Akufo-Addo jabs NDC
We appalled by machiavellian tactics to get MCE nominees confirmed — Western North NDC
2020 polls: We could've also gone on promise spree like NPP – NDC
Tell your family and friends choking the payroll to forfeit their juicy jobs and go into entrepreneurship — NDC’s Basintale
NPP no match for NDC, we'll win 2024 elections hands down – Ofosu-Ampofo
We'll discipline you for early campaign to unseat NDC MPs – Ofosu-Ampofo warns
TOP STORIES

No machinations will break ordained Alan as NPP choice for 2...
31 minutes ago