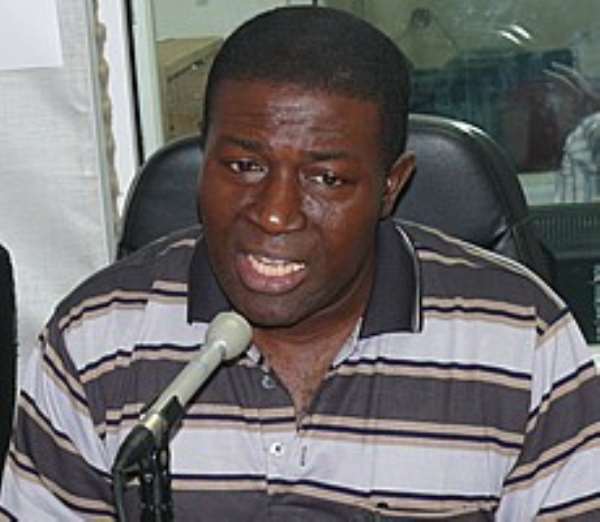 Former Communications Director of the New Patriotic Party(NPP) Nana Akomea,has revealed that the NPP did not organize the hordes of people who gathered at the Kotoka International Airport Thursday to welcome ex-convict Eric Amoateng.

Nana Akomea who was a guest on Metro TV's “Good Morning Ghana”programme , Friday, stated unequivocally that the party did not endorse the supporters who were present at the airport to welcome Mr. Amoateng, though they were clad in the party's attire.

“If some of the people who are happy at his return are party people and they chose to wear party T- shirts it is not something that would be endorsed by the party…”,Nana Akomea said in response to rumours the party had sent people to meet Mr Amoateng at the Kotoka International Airport,Thursday.

He further disclosed that though the party did not organize the supporters, it was not within the party's jurisdiction to prevent the supporters who were made up of family, friends and sympathizers from wearing the party's attire.

On Thursday, family, friends, sympathizers and some constituency members from North Nkoranza the thronged the Kotoka International Airport to welcome Eric Amoateng ,who was jailed 10 years in the US for drug trafficking.

Until his arrest Eric Amoateng was an MP  for North Nkoranza in the Brong Ahafo region during ex-President John Kufuour's administration.

Currently,Mr.Amoateng has been granted bail after being held in police custody at the Nima police station to assist in ongoing investigations concerning a fraudulent passport found in his possession.

His arrest came shortly after he was debriefed by officials of the Narcotics Control Board(NACOB) in Accra,Thursday.