US Hits Government On Subsidies, But .... 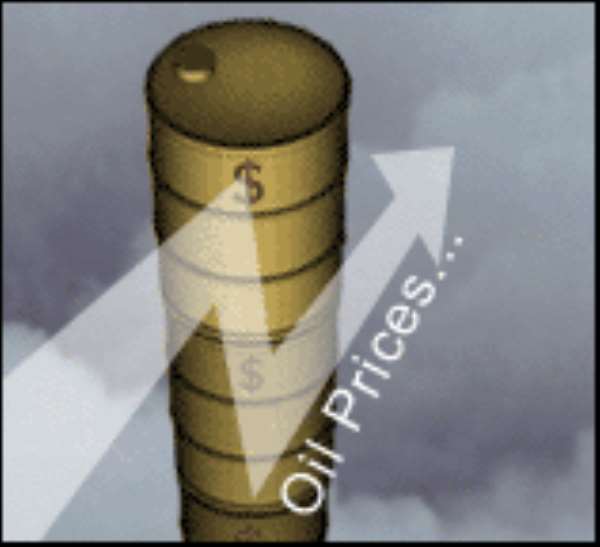 ... CONCEDES ON ELECTION YEAR TEMPTATION Th government, on Monday, came under some fire from the Bush administration for spending billions of cedis on subsidies, many of which are not well targeted”. It was, however, watered down with an admission from a representative of government which has been accused of “bribing” middle income America with deficit – bursting tax cuts, as it also faces the electorate later in the year. While impressing on the Kufuor administration to continue with its positive handling of the economy, the visiting US Under Secretary for International Affairs of the US Department of Treasury, John B. Taylor, however, conceded “we acknowledge that it can be difficult to maintain fiscal discipline in an election year”. The challenge, he said, was to remain disciplined “So if President Kufuor and his team can accomplish this goal, they will have reversed a long and destabilizing trend in Ghana”. He was not as charitable with his criticism of what he saw to have become a way of life in Ghana: subsidies, while not hitting against the principle of subsidization in general but against imprecision targeting. “Harnessing these funds for more direct investment in the people could have a dramatic impact on the welfare of Ghanaians. This is an area where we hope there can be some improvement”. The US Under Secretary was in the country to launch the Millennium Challenge Account (MCA) in Africa. Ghana is among eight African countries to benefit from the $1 billion fund this year, to be scaled up to $ 5bn. Per year by 2006.

According to THE STATESMAN, there was an undisguised threat (or advice) in his message – He stated” To help to ensure continue MCA, eligibility, positive review from the credit rating agencies and positive relations with the international financial institutions, we urge the authorities to continue to ensure fiscal and, monetary discipline”.

This American message to government comes on top of tremendous pressure from the IMF, among other donor partners, for the Kufuor administration to raise fuel prices to reflect the situation on the world market.

Castle sources, however, say President Kufuor is going to stick to his guns in refusing to pass on the high cost of crude oil to the Ghanaian consumer, as the world await OPEC cartel to announce a rise in production levels tomorrow in the hope of triggering a reduction in crude oil prices.

Anyone who will speak against the National Cathedral will di...
18 minutes ago