GHANA’S CLASS 1 ECONOMICS FOR ALL - By Marricke Kofi Gane 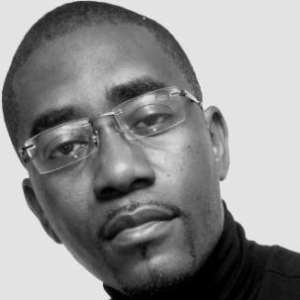 Okay, you see, Governments are responsible for making a country's economy and infrastructure work and work well. If they succeed, then the citizens, no matter what business or enterprise or profession they are engaged in, will be successful at creating their own wealth, because the conducive environment and infrastructure and mechanisms have been so created by the government. As a result, citizens generate wealth, some of which can be contributed in the form of Taxes and Levies which Government continually uses to further improve all infrastructure - health, transport, education, etc so that citizens can prosper even more - it is a cycle. Effectively, this assumes that:

(ii) The government, if it is very creative enough, can manage to deliver all the needed improvements to the economic environment and infrastructure, without spending everything it collects from citizens. This way, it can invest the rest to help it absorb future shocks or create an even more resilient economy.

(iii) If however, the Government spends more than it gets from its citizens, and since everything the government does is NOT free but must be paid for, it means the excess has to be gotten from somewhere else - by borrowing, or sometimes get support in the form of grants from other well off governments. If the the government is working well, then usually, the extra money it has to borrow will be very well utilized to eventually manifest in even a higher quality environment which in turn will make citizens even MORE effective and MORE prosperous - in fact so prosperous that citizens should be able to pay their usual taxes and also an extra (for the extra quality environment created by government), which government in turn uses to clear the monies borrowed.

What has happened in Ghana is that Government has (i) Spent all the taxes citizenry has paid (ii) Borrowed Extra from both internal and external lenders (iii) Have not been able to create an extra superior environment for citizens to increase their wealth (iv) as a result of iii, have not been able to ask citizens for more tax to pay for borrowings (v) Lenders loans are all due for repayment but there's not a lot of money to pay for it. (vi) as a result of all the wrong operations of i - v, both individuals and businesses, internal or external are afraid to invest in Ghana (this is called low investor confidence) because, they fear if they do, taxes will be levied on them, but no benefits will accrue to them from such tax payments in the form of enhanced environment in which to further maximise their potential and create more wealth.

Now, with Ghana YIELDING to the IMF (International Monetary Fund), it means IMF will be giving Ghana a lot of money. Part of it will be pumped into the economy as wealth and some, used to improve the infrastructures needed for people and businesses to be productive. These are normally made as conditions in such IMF Loans. The good side of it is that 'Investor Confidence' will be attracted, because individuals and companies know that IMF will force Government to behave in a way that supports growth. The only problem is that because over the years, no superior development environment and infrastructure has been created, most Ghanaian individuals and businesses have not developed enough competency muscles to be able to utilize the new IMF wealth released into the economy neither are they able to take advantage of sudden improved trading environments generated by IMF funding. The effect is that most of the companies and individuals that will benefit are foreign ones, who have developed enough competency muscles and readiness to take full advantage, therefore making them grow stronger and their Ghanaian counterparts weaker. Mind you, one of the normal conditions of IMF loans is for the recipient country to allow foreign entities to operate freely in their country (Ghana, in this case). The other disadvantage is that, after all these external entities have benefited and exported their profits back to their respective countries, their Ghanaian counterparts would normally be left to cover the repayment of the remainder of the loans. Finally too, because of the conditions that come with such Loans, Government's hands are somehow tied, in terms of how free it can be, to try new, innovative economic recovery solutions. Usually, these will conflict with the Loan conditions.

The alternatives may be painful but doable and beneficial in the long run. Government can refuse to take IMF support, sit down and THINK of better unconventional ways of generating funds both externally and internally. If they don't have the skills or competence, there are others they can bring on board to help develop a creative yet critical strategy. The most important part of that process will be the willingness to STICK with the planned strategy, once it has been drawn out. Alternatively, Government can also decide to tighten its belt for the next 5 or so years, and in those years, continue to tax citizens at the current rates BUT (and a BIG BUT) ensure that it spends LESS than it collects (it's called Austerity Cost Cuts) so that it can save some money over those 5-7 years to pay off its current debts and jump-start the economy.

I think the main problem for our economy, since we started noting there was a problem is that Government is still continuing to spend as if it has all the money in the world instead of rather cutting down. Whichever approach is taken will require that we all tighten our belts for the next 5-7 years. It's easy to see, that these approaches may not be popular with many governments because it means the hardships will make them unpopular to the electorate and that can translate into them losing votes.

This may not be excessively comprehensive, but it is a layman's approach to help as many, understand to some degree, the economic occurrences in Ghana - at least least Ghanaians deserve to understand at least.