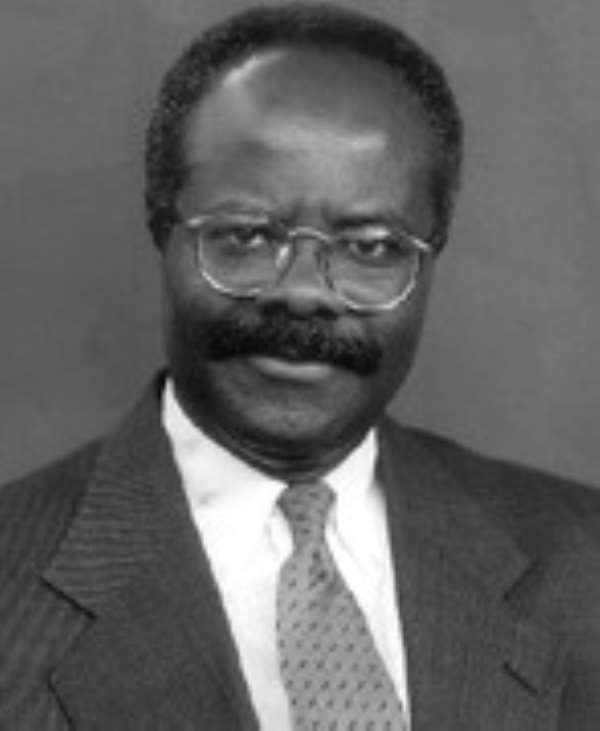 In one of life's rare paradoxical situations, Energy Minister, Dr Papa Kwasi Nduom is now at victim of his own brilliance.

From the stead of his won Convention People's Party (CPP) where there are attempts by some members of that party to get at him, a purported arrangement for the New Patriotic Party (NPP) to support Dr Nduom's quest to annex the Komenda Edina Eguafo Abrem (KEEA) Constituency is also being undermined.

And forays made by newsmen into the KEEA Constituency have established that the District Chief Executive for KEEA, Nana Ato Arthur, is being pushed by some top guns (names withheld for strategic reasons) of the party to defy the party's decision to support Dr. Nduom for the KEEA Constituency.

But that conspiracy is tearing the NPP apart in the KEEA constituency as the local chairman, Mr Agyemang Kesse, and his vice refused to be drawn into the plot. The Independent gathered that Nana Ato Arthur, with avid support from the said national executive members masterminded a purported statement issued by the executive of the NPP in the KEEA Constituency reiterating the party's stance that there was no collaboration between the NPP and Dr Paa Kwasi Nduom.

Our underground scouts confirmed that they sighted the DCE going to the furious homes of members of the executive of KEEA NPP to solicit their signatures to the said statement. The chairman of KEEA NPP, Mr Agyemang Kesse, we learnt however, refused to sign the statement, so did the first vice chairman of the KEEA NPP. In an interview with Nana Ato Arthur on the phone last Friday, he explained that the two executive members could not attend a meeting that drafted the statement and therefore could not append their signatories to the said statement immediately after the meeting. The DCE further explained that attempts to get the two to sign the statement proved futile because “they were nowhere to be found”.

Nana Ato Arthur again denied ever receiving any direction from the party's leadership directing him on his parliamentary bid. The reasons for the refusal of Mr. Kesse and his vice, to sign the statement, it was learnt, stemmed from the many overtures being made by some party chiefs including National Chairman, Harona Esseku, Central regional Minister, Mr Isaac Edumadze and others from the party leadership for the local KEEA constituency to collaborate with Dr Nduom in the December parliamentary polls.

A special survey by both the national and local NPP as well as the security agency suggests that the KEEA seat was likely to be won by Dr Nduom, hence the decision by Mr Agyemang Kesse and the others to abide by leadership to support Nduom's bid at the expense of their own Ato Arthur.

President Kufour lost the first round of the 2000 elections in the KEEA Constituency and it took the ingenuity of people like Dr Nduom for then candidate Kufour to win the December 2000 run-off in the Constituency.

Further investigations revealed that Nana Ato Arthur, is being used by these party chiefs because of the parochially held notion that the Energy Minister, is lubricating his personal political wheel of fortune with the NPP lubricants.

[WATCH] CCTV cameras capture thieves breaking into a shop in...
6 minutes ago