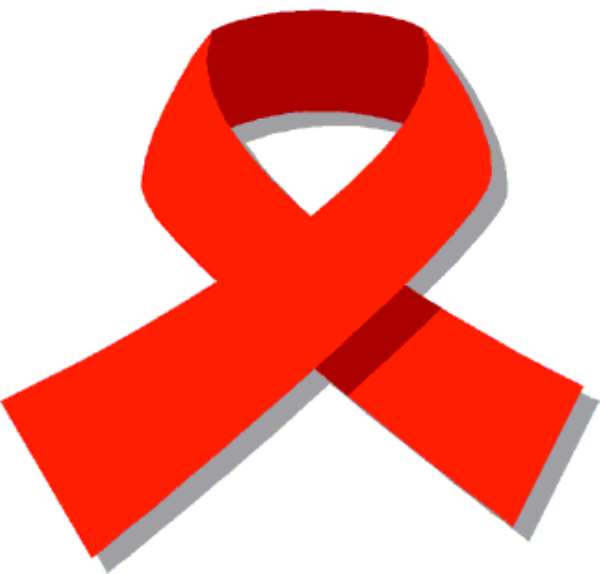 Joint United Nations programme on HIV/AIDS (UNAIDS) is mobilizing governments and other partners to achieve new set of targets, referred to as, 90:90:90 by 2020, but with current set of tools, approaches, funding commitments, and challenge that HIV poses to the world, the goal seems certainly a bold and ambitious one.

Without innovation, at current pace of HIV responses on the ground, we are very likely to fail meeting the targets. We not only need to accelerate the search for better and effective technologies to help fight AIDS effectively but also need to improvise and innovate in rolling out evidence-based approaches.

Innovation can surely help provide more value for every dollar of investment. But then the dollars must be there to help innovation maximise the returns. Hence, besides innovative ways to do HIV programming more effectively we also need to increase HIV financing. The resources for the Global Fund to fight AIDS, Tuberculosis and Malaria (The Global Fund) and PEPFAR, among others, have almost flat-lined over the past 5 years or so. Without sufficient financial investment in HIV programming, it will be difficult to reach the new set of targets by 2020.

Is innovation the golden key?
One of the most respected organizations that has demonstrated its commitment to accelerate health responses by innovation and market solutions, is UNITAID. Robert H Matiru, Portfolio Grant Manager for HIV at UNITAID said to Citizen News Service (CNS): "UNITAID is very excited by new ambitious targets of 90:90:90 and it is going to actively support realisation of all three of these targets. In case of first '90' target, of helping 90% of those who are estimated to have HIV to get diagnosed and know their status, UNITAID is looking at new innovative projects to drive the current baseline which is less than 50%."

HIV self-testing a possibility
Robert Matiru added: "Less than 50% of people estimated to have HIV know their status currently. To reach 90% by 2020, requires real innovation. UNITAID is aiming to go beyond what exists already, that is, HIV rapid test which is well priced, and exploring how can we complement it further. One new area is HIV self testing, particularly oral self testing where testing is based on oral specimen such as saliva.

It is a critical area to explore, it is a new area and it is an area which UNITAID is interested in potentially backing. So we are currently looking at potential partners to provide more evidence on suitability and feasibility of these new testing in resource limited settings. Currently such tests are only being rolled out in United States and Europe. There is one supplier, OraQuick for HIV self-testing. We want to look at if UNITAID can be a driver in shaping the market for these diagnostic technologies to get many more people tested and help them to know their status."

Regarding second target of ensuring that 90% of those who get diagnosed with HIV get antiretroviral therapy (ART) by 2020, UNITAID has been active in this area for many years. Robert Matiru said to CNS: "We heard in President Bill Clinton's speech at AIDS 2014 that UNITAID has been instrumental in driving 75% of paediatric treatment for HIV in last 6-7 years, and we continue to be the leader in paediatric HIV treatment.

Right now The Global Fund to fight AIDS, Tuberculosis and Malaria (The Global Fund) and PEPFAR have taken over the cause of providing HIV treatment to children and UNITAID is looking at new paediatric medicines that are better adapted, cheaper and better tolerated by children. We are doing important work with partners such as DNDi and generic manufacturers such as CIPLA. In future we may have an important role in making second line and third line ART treatment more affordable but right now our major focus in treatment space in on paediatrics."

Point of care viral load testing - a reality?
Regarding last target of ensuring that 90% of those who receive treatment have viral suppression (viral load is undetectable), UNITAID is responding to a critical gap in availability of viral load testing machines in many countries such as India. Robert said in this regard, "Just a year ago UNITAID began an important project in increasing access to viral load and infant testing as well as CD4 testing at the point of care.

By that we mean products that can be used in district and rural health centres, that does not require skilled trainers and can be used by nurses, community volunteers etc. We have UNICEF on one hand to scale up infant and viral load testing, as well as MSF on another hand, to help generate evidence on what is the best placement of different diagnostic technologies that we have currently (right from the laboratory based diagnostic technologies to the point of care ones)."

Taufiqur Rahman, Head of Operations, UNITAID, told CNS: "We are aggressively supporting efforts to develop diagnostic tools that can reach rural and remote areas - diagnostic tools that are portable, rechargeable and can be taken to the remotest corner of the world and get the HIV testing done - because once the test is done treatment will be made available in most countries. Now 90:90:90 has been announced we are even more committed to see how can we accelerate the pace towards reaching these targets through innovative financing. We fund innovative products to come to the market, and will continue to build on that."

HIV, TB, Hepatitis C testing on one platform: a possibility?

Taufiqur Rahman added: "HIV-TB co-infection is a serious area for us to see how can we help on the diagnostic part as well as making sure that better multidrug-resistant TB (MDR-TB) drugs are made available to the countries at an affordable price. We also support the pre-qualification programme of the drugs and diagnostics, to make sure that developing countries receive quality assured products.

UNITAID is different from all other donors as we focus on market shaping activities so that products are available in the market at an affordable price, and national programmes can take it to scale. When we talk about HIV financing, it can only happen when national programmes can afford the products. We fund medicines patent pool which gets patented drugs for generic production at country level. Large number of people can access generic products and this is major investment from our side in form of medicines patent pool to support generic drug production."

Robert said: "UNITAID is supporting integrated platforms what we call polyvalent platforms for diagnosis. One UNITAID grantee is looking at a possibility of having a platform at a central laboratory which is open, which can take its components and reagents from different suppliers, so that we are not tied to any one supplier, and it makes the platform that much more flexible and adaptable for countries.

Particularly for countries where one type of reagent has been designed for a HIV genotype, so this enables you to combine it to include multiple genotypes. That is the open nature of the platform. Polyvalent nature is to see if we can then add TB, hepatitis C, or other assays to the platform which are possible. They are looking at the feasibility of doing that in a number of countries in Western Africa and then generalising their findings beyond that.

So here we are looking through technology to promote integration of services and testing for HIV, TB and even hepatitis C. This is a possibility where technology and tools might help programmes to come together. This is in response to the needs expressed by healthcare providers on the frontlines such as nurses or community volunteers etc who wanted this kind of a platform so that with increasing task-shifting they may not have to deal with multiple point of care machines for HIV, TB, and hepatitis C, and rather have 'multiplex' platforms.

Besides such platforms at central laboratory level, UNITAID is also exploring possibility of a point of care polyvalent platform to test for HIV, TB, and hepatitis C virus. It makes economic sense to do that, will be better for programmes and for horizontalizing the work."

There is no doubt that if we continue to do business as usual, it may be difficult to reach the 90:90:90 targets set for 2020. Innovation can potentially drive the pace of HIV responses on the ground.