Divestiture of Mine Results In Its Collapse? 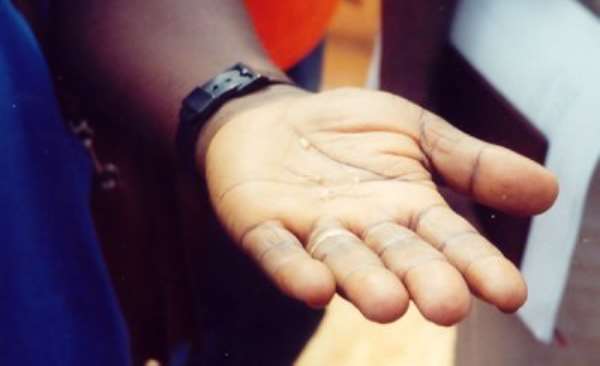 Ghana Consolidated Diamonds Ltd Await Gov't Response The controversy over the divestiture of Ghana Consolidated Diamonds Limited is still raging amidst calls by the workers for government's intervention to save the mines from total collapse. The mine was divested last year to a British company, Sappers and Associates but it is yet to receive the needed investment to boost operations. The British company has so far failed to pay the mandated ten percent commitment fee of 3.4 million dollars after it won the bid for the purchase of the mine. The uncertainty surrounding the divestiture of the mine is having a toll on its operations as it produces about 12 thousand carats of diamond a month instead of 50 thousand. The workers at the mine have been making frantic calls for government's intervention. Union secretary, Anthony Adomako, says the workers and their management have resolved to meet with the minister of mines this week for discussions on the fate of the mines. Mr. Adomako said they are prepared to meet the president if that will end their worsening plight. Workers of Ghana Consolidated Diamonds Limited in Akwatia limited and their management have planned a meeting with the minister of mines to discuss ways of salvaging the mine from collapse. They say they are determined to do all it takes to bring the mine back to its feet. The workers say government's intervention is more paramount now than ever.