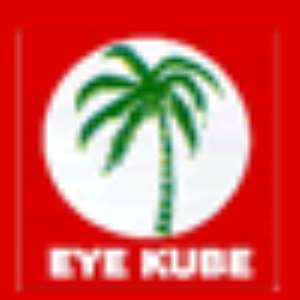 Accra, May 30, GNA - The People's National Convention (PNC) has described the administration of the ruling New Patriotic Party (NPP) as a "nightmare for Ghanaians."

Dr Edward Mahama, re-elected Flag bearer and leader of the Party in his victory speech said much of the pre-election work for the PNC had already been done during almost two decades of the National Democratic Congress (NDC) administration, "followed by the past four years of a true nightmare that Ghanaians have suffered under the NPP."

"The extent of poverty, unemployment, healthcare, school drop-outs, exploitation of children sexually, as well as the degeneration of national welfare and development are there for all to see. Things have degenerated so badly that our people are now suffering more than at any period in our post-independence history," Dr Mahama declared.

The PNC leader who beat Mr Charles Kofi Wayo, a Businessman, to emerge the presidential candidate at the Party's National Delegates Congress, said: "As a physician, I know only too well that even the cost of dying has also become unbearable."

Dr Mahama said the "NPP mantra" for almost four years has been macro, macro, and more macro. "We hardly hear micro, micro or the conditions that directly affect the personal welfare and fortunes of our farmers, fishermen, teachers, nurses, civil and public servants, the youth, businessmen and women."

He said by the time the macro variables would be in shape, "we would all have died for the overseas masters to whom the NDC and NPP entrusted the national destiny to take over the land." He accused the NPP administration and the previous NDC government of ruling with "iron fist hands" and insensitive to the plight of Ghanaians.

Dr Mahama appealed to Ghanaians to use the December Elections to "retire the NPP, their elephant and its keeper/rider President John Agyekum Kufuor" by voting massively for PNC and its Grand Coalition partners."

"For us to survive as a people and prosper in a world that is getting intensively predatory, we must through a caring leadership by example, be stubbornly committed in reorienting ourselves toward personal and national self-reliance.

"Purging our nation of corruption in all its forms, drastically reducing waste in our public sector and empower our people, with deserved emphasis on the youth, women, the physically challenged, the aged and other vulnerable groups, to become more productive at the individual and household levels," he stated.

Dr Mahama said under a PNC administration, Ghana would be considered as a Corporation in which the citizens, as shareholders, must have value for money.

This entails their meaningful and realistic participation in shaping, overseeing and monitoring the manner in which our taxes and other national resources are employed by the political party we entrust with power to produce results to reverse the current nosedive from almost 25 years of economic and social mismanagement.

The PNC leader pledged to be a dedicated servant and not a Master for the people, committed and apply the Party's motto of service with honesty in the conduct of the responsibilities that Ghanaians would trust on the party and its leadership.

In an interview with the Ghana News Agency, Mr Wayo commended the delegates and members of the Party for demonstrating their passion and commitment to accept him into the party.

He said PNC would launch a vigorous campaign to win power, irrespective of the difficulties facing it.

Mr Wayo, who before the elections, had an agreement with Dr Mahama that the loser would become the automatic running mate, said PNC would marshal resources to meet other political parties "boot-for-boot".