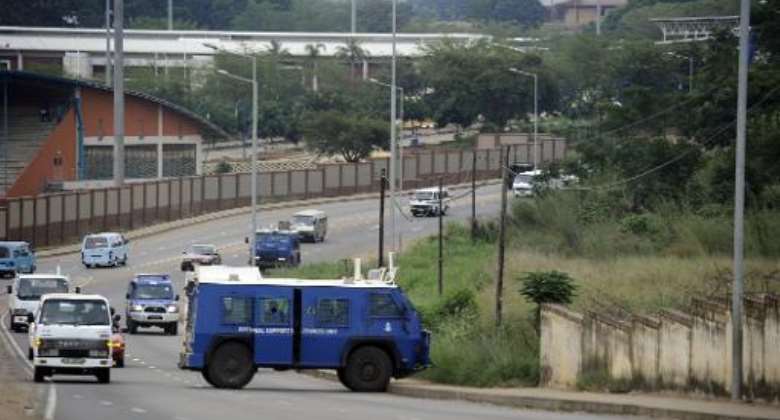 Mbabane (Swaziland) (AFP) - Swaziland's High Court on Friday jailed a magazine editor and a human rights lawyer for two years for contempt of court over articles critical of the government and judiciary.

Bheki Makhubu, editor of The Nation, and Thulani Maseko, an executive member of Lawyers for Human Rights Swaziland, have been in custody since their arrest in March.

Judge Mpendulo Simelane said the two-year sentences were meant to be a deterrent to other journalists.

It was becoming a habit in Swaziland for journalists to write "scurrilous" articles which were "reprehensible and unacceptable to right-thinking members of society", he said.

The Nation published articles co-authored by the two men which were critical of the chief justice and suggested that he may have abused his powers.

Criticism of absolute monarch King Mswati III and his government is outlawed, and courts have come down hard on perceived opponents.

Judge Simelane said he would show no leniency to Makhubu and Maseko because they had not shown any remorse during the trial.

He pointed out that in an emotional moment during court proceedings Makhubu referred to him by his first name, which was unacceptable and a sign of being remorseless.

Simelane also described Maseko's conduct during the trial as "disgusting".

He said Maseko was playing to the international gallery by making statements critical of the ruling regime.

Maseko's international supporters were doing him a disfavour by encouraging him to criticise the king and the whole system of governance, the judge said.

He described the human rights lawyer as a disgrace to the legal profession.

This prompted Maseko to shout from the dock 'Amandla!' (Power!), winning the response "awethu!" (is ours!) from political activists in the public gallery.

It is expected that both Makhubu and Maseko will appeal their conviction and sentence.