Danish Stormwater Solution To Solve Drought And Flooding In Africa 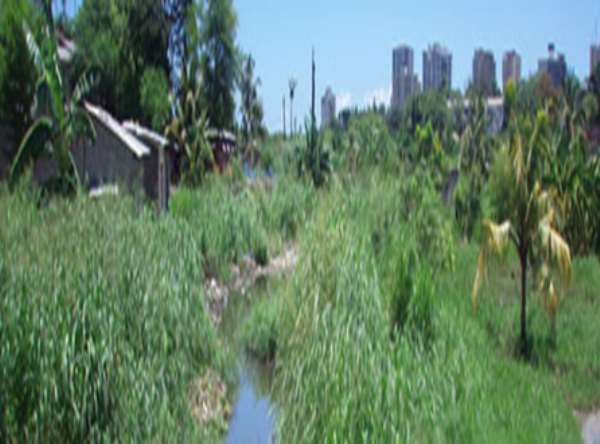 A team of researchers at the University of Copenhagen in Denmark are spearheading the development of the concept of landscape based stormwater management (LMS), already in use in the country to improve water management in African cities.

The concepts will manage the stormwater runoff in a way that mimics the natural water cycle better and that allows for the water to contribute to the liveability of the city.

'The idea is to maintain a strong green infrastructure in every city with a lot of storage capacity to retain stormwater runoff in periods with extreme rain events and provide water for supply in periods with droughts,'' says Prof Marina Bergen Jensen, Department of Geosciences and Natural Resources, University of Copenhagen.

The researchers will delay and infiltrate stormwater runoff locally in the city, rather than discharging the water through sewer systems. The cities of Addis Ababa, Ethiopia and Dar es Salaam, Tanzania will benefit from the initiative. In Denmark, such Landscape based Storm water management provides an alternative to sewer system in response to increased precipitation, coupled with revitalisation of existing cities.

Speaking to Prof Marina Bergen Jensen during the EuroScience Open Forum (ESOF2014, held from June 21-27, 2017) in Copenhagen, Denmark, she said most cities today exert a huge footprint on the earth's freshwater reserves.

She says this happens both in terms of quantity in that too much water is abstracted from well fields or removed from rivers and in terms of quality with much water being unusable due to too high content of contaminants.

'To reach a more sustainable water management the cities need to take better care of the local water resources by reducing the per capita consumption, by improving the water use efficiency (produce more with less), as well as employ reuse technologies,' Prof Jensen says.

'Again, African cities need to rely on local water sources rather than water transferred long distances, and try to avoid contaminating the natural water bodies outside the city limit (streams, rivers, groundwater) that receives the storm- and wastewater from the cities,' she added.

According to her many African cities experience rapid development but with much poverty, and the lack of water infrastructures for water supply, therefore wastewater management and stormwater management is significant.

African cities such as Addis Ababa and Dar es Salaam basically lack sewer systems therefore the LMS concept can be regarded as a soft infrastructure that can provide some of the services and at the same time strengthen urban green infrastructure, reduce risk of flooding, improve urban water supply and support local livelihoods activities if properly planned and implemented.

The LMS can also be considered when it comes to mitigating the negative effects of climate change and at the same time providing opportunities for sustainable urban development.

'The idea of the project is to leap frog the Western world/Chinese approach with conventional hard infrastructures that think of water in a linear, one-time-use way, and instead introduce a circular approach from the beginning,'' Prof Jensen says.

The concept of landscape based stormwater management is born in Germany in the 1980s as part of an eco-friendly movement, and rapidly taken up by a number of European countries like the Netherlands and Sweden and currently it is widespread also in the US and Australia. In the international literature it is known as Sustainable Urban Drainage Systems (SUDS), or Low Impact Development (LID).

In Denmark it has gained ground since 2007 and is now heavily investigated as an viable approach to climate change adaptation, in that the pressure on the sewer systems can be released if stormwater runoff from a fraction of the sealed surfaces in the city (roofs, roads) are disconnected from the sewers and the water treated in the local green infrastructure. In this way flooding due to sewer overflow can be reduced.

The project is funded by DANIDA and involves three universities,led bythe Department of Geosciences and Natural Resource Management (IGN) at the University of Copenhagen, Denmark, the Institute of Human Settlements Studies (IHSS) at Ardhi University, Tanzania, the Ethiopian Institute of Architecture, Building construction and City Development (EiABC) at Addis Ababa University, Ethiopia.

The project started in September 2013 and will terminate in August 2017.