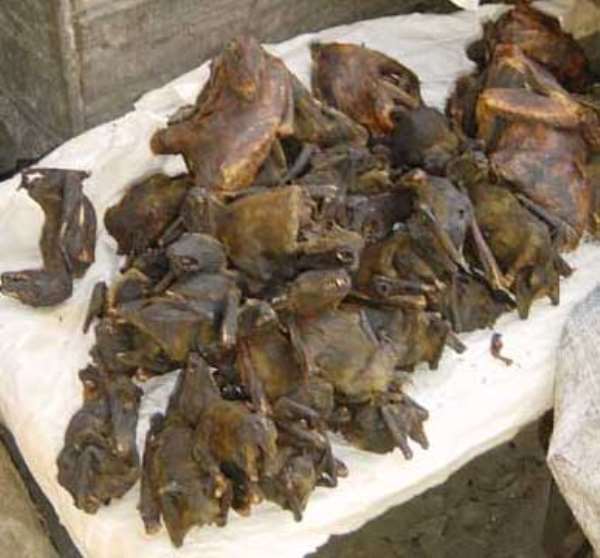 Special teams from Customs and Excise have been drafted in to Gatwick to check for illegally imported food.

Officials were drafted in to search passengers on three flights from Africa, who are thought to be more likely to carry illegal products.

Since April 2003 most food imports from outside the EU have been banned - prompted by the BSE crisis and because they are seen as health risk.

In nine months, 120,000 kilograms of illegal imports have gone in the bin.

The three flights coming into the West Sussex airport on Wednesday were from Ghana and Nigeria.

A rising problem with imported food includes the trade in imported bush meat - where endangered African species are killed for food.

But Customs said most of the people bringing food into Gatwick do so for their own personal consumption and are not aware of the new law and potential risks.

Waheed Alagbala, customs officer, said: "Basically we are going to bag it up, as it has been seized, then we are going to put it in the freezer and later on the contractors will come and collect it to dispose of it."

John Whyte, head of Customs at London airports, said: "The trouble is we cannot be certain where it is going and what they are going to do with the waste food - where does that go?

"Does that go into the food chain? We just have to be so careful."