‘Do Not Be A Statistic, But Own The Information That Shapes Programmes’ 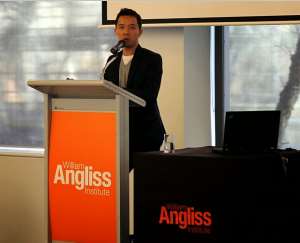 Engaging key populations in HIV responses is fundamental not only because these affected communities are at an elevated risk of HIV acquisition but also they are key to HIV responses. Sonya Arreola from the Global Fund for MSM and HIV (MSMGF) said at a pre-conference meeting around XX International AIDS Conference (AIDS 2014) in Melbourne, Australia, that 'How do we use PrEP with men who have sex with men (MSM) who do not feel safe to move outside of their space without risking violence and even death?'

Sonya was referring to US FDA approved Pre-Exposure Prophylaxis (PrEP) which has shown to substantially reduce the risk of HIV acquisition in HIV negative people. Her point was right on spot: research to find new HIV prevention options for men who have sex with men (MSM) and transgender people for instance, must be informed by needs and unique contexts of these populations. 'We must address structural, societal and individual factors concurrently to increase access to sexual health and services which are HIV specific and other sexual health in general' said Sonya.

DO NOT FORGET SOCIAL RESEARCH
We cannot wait till the research and development of a product gets over and then begin figuring out how to roll it out to communities in need. Female condoms are perhaps another example in this context. Female condoms were approved by US FDA in 1993 but we are yet to see the expected optimal public health outcome as its availability, accessibility and affordability is severely limited.

Purnima Mane from Pathfinder International said that 'It is a classic example of how we go wrong with a biomedical intervention. We did not make female condoms accessible enough in terms of pricing for example. We did not do enough research around it to address the misconceptions and taboos to not just the fact that it was oriented towards women but also it is the women who was introducing it into the relationship. We lost a lot of time, it is a good example of how we make a mistake by not introducing social research early on.'

Purnima Mane said that a UNAIDS study showed that female condoms created a space for safer dialogue around sex apart from the benefit it brought to women in terms of protection against unintended pregnancies, sexually transmitted infections (STIs) and HIV. Assessment of what works in the fight against this epidemic is very important. "We should recognize that social research has made an important contribution particularly in developing countries in designing and testing effective interventions. We have made an impact with glasses half full but there is another half that we need to fill."

ADVOCACY IS INFORMED BY COMMUNITIES
Midnight Poonkasetwattana, Executive Director, Asia Pacific Coalition on Male Sexual Health (APCOM), said to Citizen News Service (CNS) that knowledge reference groups of APCOM ensure that its advocacy is informed by the communities it represents. He emphasized that not only networks of MSM and transgender people need to be rooted in the community on the ground but also must collaborate amongst each other effectively. Knowledge reference groups serve as a key linkage to existing knowledge resources in the community.

Midnight stressed on the fact that MSM and transgender networks are not just provider of data or mere statistic rather also own the information that is critical to design relevant and effective programmes to serve their needs and unique contexts. One of the five working groups of APCOM's Knowledge Reference Group is on social research, which promotes the development of a range of sociological, anthropological and ethnographic research focussing on MSM and transgender people in the Asia and the Pacific region. APCOM is planning to outline a strategic plan for taking its research agenda forward especially social research, and underline what are the priorities for coming 4-5 years. 'We need to empower the communities so that they own the information that informs the advocacy' said Midnight.

BREAK THE TRAJECTORY OF EXCLUSION
The head of UNAIDS also echoes what Midnight said. Dr Michel Sidibe, Executive Director, UNAIDS, said at the opening session of the MSMGF pre-conference: 'We are learning every day. We are discovering why our strategies are not working. We are trying to adjust our approaches. We are also learning from you [HIV key populations such as MSM and transgender] to reinvent our advocacy. We need to collect and disseminate better information about sexual minorities. People everywhere need to be educated about positive outcomes when we challenge legal systems and social stigma. We need to break the trajectory of exclusion. When your rights are secure society reaps the benefits in many ways. No more to exclusion!'

Dr Sidibe added that human rights of LGBTI (lesbians, gays, bisexuals, transgender, and intersex) communities have been on the spotlight over the past years. But still 81 countries are criminalizing same sex practices. In 7 countries, same sex practices are punishable by death. 'Who could imagine in 21st century in 2014 we could have those type of practices. It is indeed shocking and outrageous that we continue to face those bad laws in different settings. Now we have to set our most ambitious goal ever - ending AIDS by 2030.

It will be impossible to do it and to achieve this goal in the current situation. Ending AIDS by 2030 will be impossible if we do not put people in the centre of our approach. Young people in these communities are exceptionally at a high risk. Transgender people [and other LGBTI communities] face exceptionally high degrees of discrimination, violence and even murder just because of who they are. They are at greatest risk of being left behind and alienated. This is tragic and needless. Through dialogue and strategies we are trying to accelerate access to HIV and health services for LGBTI people and to secure their rights. From Nigeria to the Caribbean to Uganda - we are convening dialogues on sustaining HIV and human rights programming in challenging contexts.'

HAVING A VOICE IS POWERFUL
Midnight stressed that MSM and transgender communities are often working in punitive environments. 'Essential work is being done by the communities. Communities are at the heart of the response. I will encourage MSM and transgender community people at AIDS 2014 to not be afraid of going to the microphone and talk. Just having that voice is powerful. That is the risk we have to take.'

APCOM led an innovative campaign to scale up HIV testing and repeated testing for MSM and transgender people in Bangkok. The messaging of this campaign came essentially from the communities it intended to target. 'This campaign shows that communities owning that information and messaging works. We need to ensure that messages come from young MSM and transgender people who are listening to the campaign and going for the testing' stressed Midnight.

All social research done by APCOM is also owned by MSM and transgender networks at different levels including those in-countries and used in their own advocacy with their governments for HIV services, social welfare and protection of human rights. APCOM has also translated its policy briefs in 11 regional languages of Asia and the Pacific to further enhance its use and relevance to local communities on the ground.