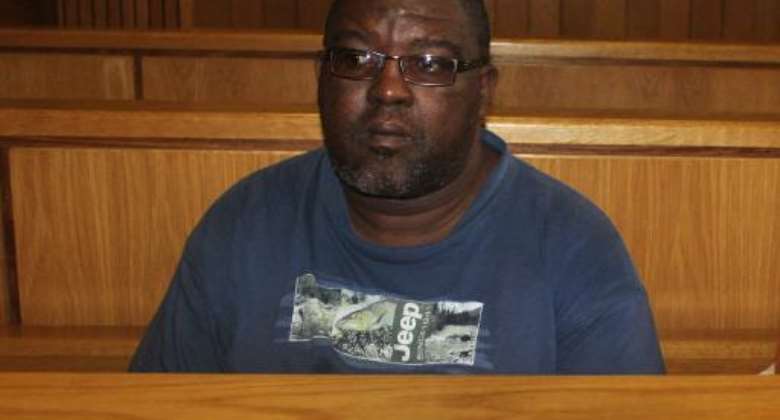 Editor of Swaziland political magazine "The Nation" Bheki Makhubu, who was arrested on charges of contempt of court based on articles he published, sits in court prior to his bail hearing in Mbabane on March 25, 2014. By Debra Khumalo (AFP/File)

Mbabane (Swaziland) (AFP) - A Swaziland court Thursday convicted a magazine editor and a human rights lawyer of contempt of court for articles critical of the government and judiciary.

Judge Mpendulo Simelane said freedom of expression was not an absolute right.

"The accused told the public that there's no law in Swaziland and the courts are corrupt," he said in delivering his verdict.

"Journalists think that just because they have the power of the pen they can write anyhow under the guise of freedom of expression."

Bheki Makhubu, editor of political magazine The Nation, and Thulani Maseko, executive member of Lawyers for Human Rights Swaziland, have been in custody since their arrest for articles published in February and March this year.

The journalists were arrested in March, released briefly and then rearrested in April.

Criticism of absolute monarch King Mswati III and his government is outlawed, and courts have come down hard on perceived opponents.

Makhubu was handed a suspended three-month prison term in May for an article written four years ago that compared the country's chief justice to a high school punk.