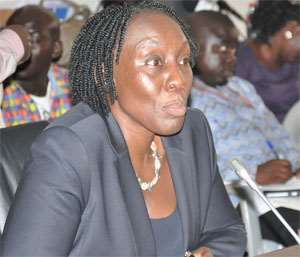 Marietta Brew Appiah-Oppong
The proposed amendment of certain aspects of the 1992 Constitution could be in jeopardy following a suit filed against the Attorney-General by Professor Stephen Kwaku Asare.

According to the Professor of law, the President has no power to set up a commission to initiate amendments or draft amendment bills to the Constitution as is currently being done.

He therefore, filed the suit at the Supreme Court challenging the executive arm of government for what he described as 'the President's usurpation of Parliamentary powers and misappropriation of Article 278(1).'

The plaintiff further wants a declaration that Article 278(1) does not grant the President 'an all-purpose commissioning power' but only gives him the power to commission an independent inquiry to investigate and establish the truth relating to an entity's affairs, activities or some specific occurrence that is in the public interest.

Prof. Asare is praying the highest court of the land to declare that the Constitution Review Implementation Committee (CRIC) set up by the President to finalize amendment bills for both the entrenched and non-entrenched provisions is alien to the Constitution, among other reliefs.

Summary Of Particulars
Professor Stephen Kwaku Asare
It is the contention of the Plaintiff that 'the Constitution can only be amended by its terms' and added that 'Parliament is the sole body that can initiate, consider and propose amendments to the Constitution.'

'Parliament's power to amend the Constitution is not only plenary and exclusive, but also cannot be delegated to or usurped by the President… The President's role in constitutional amendment is limited to the ministerial task of giving assent to bills properly passed by Parliament,' the plaintiff averred.