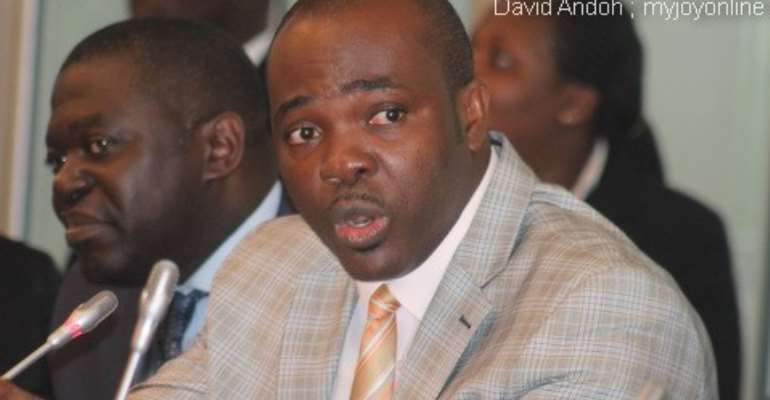 Member of Parliament for Atwima Mponua, Isaac Kwame Asiamah says the decision by the Presidency to institute a Commission of Enquiry into  Ghana's world cup participation, could be an attempt to rubbish its outcome.

Speaker of Parliament Edward Doe Adjaho on Monday accused the executive arm of government bad faith, in the establishment of a Commission to inquire into Ghana's shambolic performance at the 2014 World Cup.

Edward Doe Adjaho made the comment on the floor shortly after Mr. Isaac Asiamah, moved a motion for the House to set up a bipartisan committee to investigate the scandals that attended Ghana's participation in the just ended World Cup in Brazil.

Youth and Sports Minister Mahama Ayariga argued against the proposal for Parliament to set up a committee to investigate the scandals.

He informed the House about the elevation of a three member committee tasked to investigate happenings in the World Cup into a presidential Commission of Enquiry.

But speaking on Top Story on Joy FM, Mr. Asiamah who is also the Ranking Member on the Youth and Sports Committee said the sudden turnaround by the presidency is "an attempt to rubbish the whole report".

"The executive knew very well, that action had been initiated by parliament...they knew all these arrangements," Mr. Asiamah maintained, describing the move by the Presidency as " a slap on parliament and that the president is not committed to fighting corruption".

He asked: "Is the president saying that he didn't the import of a ministerial committee of enquiry?"

Chairman of the Committee, Mr. Kobla Mensah Woyome however, allays the fears of the minority. The most important thing is that the information Ghanaians are looking for regarding the team's participation is provided, he said.

"It's not all that bad as my ranking member is saying...let us hope that something good by way of questions on the minds of Ghanaians, would be answered," Mr. Woyome said.