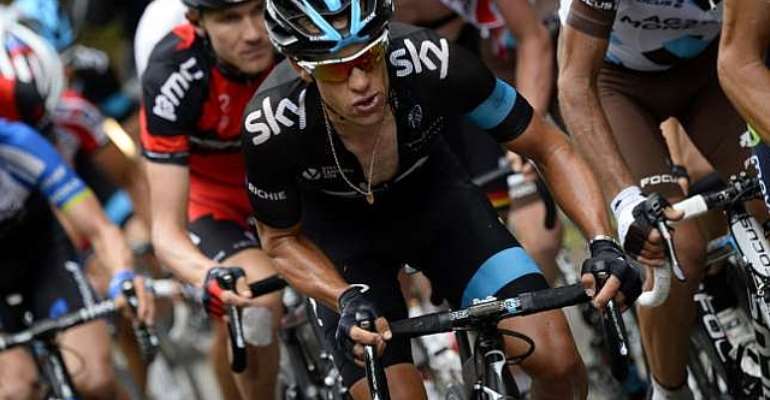 A gruelling stage 10 of the Tour saw Astana rider Vincenzo Nibali reclaim the yellow jersey with victory on the 161.5-kilometre trek from Mulhouse to La Planche des Belles Filles on Monday.

But the major talking point on Bastille Day was the news that rival Contador - one of the main contenders for top honours - had been forced to withdraw after the Tinkoff-Saxo cyclist suffered a fractured tibia in a heavy fall.

With the Spaniard now out of the race, Australia's Porte - just two minutes and 23 seconds adrift of Nibali in second position in the general classification standings after placing seventh in La Planche des Belles Filles - is ready to take full advantage following Tuesday's scheduled rest day.

"It's a shame to lose Alberto like that," said Porte. "I hope he's OK. It"s going to definitely change the dynamics of the race.

"It would have been a harder finale if Tinkoff-Saxo had've been there.

"We'll take it day by day and I think we're in a pretty good position going into the first rest day."

Nibali is the man to beat after his strong performance on day 10 saw him blitz the field in stunning fashion.

The Italian made his move with one kilometre remaining on the final climb, reeling in pacesetter Joaquim Rodriguez (Katusha), who eventually crossed the line in ninth, to finish 15 seconds clear of the chasing pack.

Porte - Sky's leader in the absence of defending champion Chris Froome - is determined to prevent Nibali from extending his lead.

"I was the only one who responded when Nibali went, but I guess that's racing," the 29-year-old told ITV4.

"I felt good today but it"s not great to be towing everybody to the line. If Vincenzo goes I guess you have to respond.

"He's got enough time already so I didn't really want him to get any more."