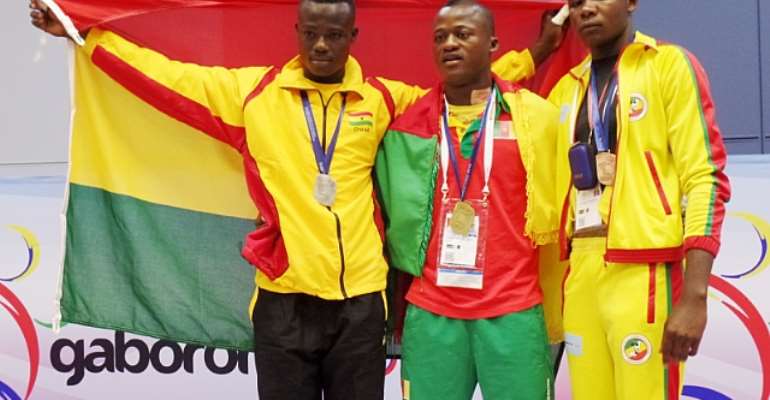 This month, events in the football world have the whole world talking, cheering and jeering on the field of play. However, off field events have been particularly spectacular at least for some African countries, Cameroon and Nigeria. However, Ghana sealed it in its comedy of errors that was well orchestrated as was anticipated. We will not repeat the gory details.

We want to put the global shame behind us, but we must do it well for once. Perhaps deeper reflections on the disastrous performance of the entire Ghana football representation in Brazil 2014 should be the point of convergence for an overhaul, not just in football but every sport we should be part of.

Since 2006, the government of Ghana has invested a little over $200m in the sport sector. Despite this huge investment, there is no coherent policy framework that governs the administration and development of sports in Ghana. It would seem that we pay lip service to the development of sport and physical activity in Ghana.

We do hope that the recent invitation by government to some sixty personalities to review the health of the country's football will apply resolutions reached to the entire sport sector with a well thought out, productive and profitable plan.

However, it is instructive to remind ourselves that everything wrong with our sport sector first manifested during the All Africa Games in Maputo, Mozambique in 2011. The Government instituted a committee to look into the Maputo failings. However after nearly three years, absolutely nothing substantial has been done with the report. The failure to implement the Maputo report missed an opportunity for reforms in our football; hence we could have avoided the unfortunate happenings in Brazil.

Below are excerpts from a summary of the Maputo Findings which according to many sports pundits is begging for implementation.

· The Committee rejected 'the notion that Government was late in releasing funds for the Games. This is because the evidence shows that the National Sports Council (NSC) only submitted a budget to Government on 9th August 2011, and Government approved the budget on 12th August 2011. Indeed, the Committee believes that the multiplicity of problems experienced by Team Ghana at the Games could have been avoided with better planning, greater concern about the welfare of the youth of Ghana who were being sent to Maputo to represent the nation, more competent management of the processes, greater concern about deriving value for money in the procurement processes, and a more functional organization. As things unfolded the Committee found it difficult to eliminate the theory that the leadership of the Sports Council preferred a more chaotic organization that allowed for expenditures'

· The Committee found that 'the management of the procurement rules and public funds was not in accordance with the Procurement Act 2003 (Act 663). On several occasions, management exceeded the limits allowed it excessively. Power was so highly centralized in the hands of a few individuals in the NSC leadership that it was virtually impossible to check the abuses of the procurement rules. The Chief Executive single-handedly awarded Royal Derby Tours a contract worth US$620,000, to lift over 200 athletes and officials to Maputo for the All Africa Games. He also awarded Kwashie Tailors a contract worth GH66,000.00 cedis to sew suits for 205 athletes and officials. Furthermore, he awarded Trafix Catering Service a contract to feed an undisclosed number of athletes and officials for an undisclosed number of days at an undisclosed unit price. In the end, the contractor presented an invoice for GH92,265.88 cedis which was paid instantly without anybody in authority asking any questions. Again, Romku Ventures was contracted to provide hostel accommodation for camping at the cost of GH62,850.00 cedis, which exceeded the number of athletes and officials specified in the contract letter.'

· 'Clearly, the Procurement Act 2003 (Act 663) was flagrantly flouted on several occasions. In the particular case of the air tickets, the fare almost doubled because the contractor selected was unable to pre-purchase the tickets at the first price they were quoted. The irony is that while the fare was almost-doubling, it also turned out that Team Ghana did not get confirmed seats, hence the mass confusion at airports in Ghana, South Africa and Maputo, on all legs of the journey. An earlier purchase would have save Ghana considerable amount of money and also yielded confirmed seats to enable Team Ghana make the trip to Maputo and back in a more dignified manner.'

The Challenge
The new Sports Minister will earn a lot of respect and confidence of all Ghanaians if he did first things first. He should implement the findings of the MAPUTO committee report. Second, he must fast track the passage of the Sports Bill and introduce a new concept and program in which the National Sport Authority, Ghana Olympic Committee, and various sporting associations will have the responsibility to operate within the policy framework subsidized by thinking and money by the Government. The Sport bill will be an important tool to help achieve the development of sports and physical activity at national, regional and district levels.

The Way Forward
Against this backdrop that IMANI proposes the following:

The Sports ministry should develop a handbook to serve as a guide to each sporting association and to clarify their responsibilities and duties as well as a list of accountability and transparency measures. This handbook should provide them with a clear indication of government's development priorities in sports.

The Ministry should also develop a set of by-laws that stipulates what qualifies a person to be a financier of a club or a sports administrator. This should deal with accusations of financiers of dubious backgrounds and intent.

Grassroots Development: The Government through the Ministry of Youth and Sports should work with various stakeholders such as football clubs, Academies (talent development centres) , schools and colleges , research institutions, and Physical Education instructors to run grassroots programs at both national and local levels local communities. The ministry should take the lead in building solid relations with the various stakeholders and communities to propose feasible grass root projects.

Reward and Incentives structure: There is an urgent need to address the wages, and remuneration of our athletes and sporting personnel. The ministry needs to re-orient our athletes to appreciate the significance of wearing the national colours at international competitions. The minister needs to ensure that the Ghana league clubs pay their footballers at least the national minimum wage.

Sport financing and Taxation: The current taxes and levies on premier football league clubs in Ghana makes it impossible for clubs to break even. The minister should liaise with the FA and Ghana League Clubs to provide them with some tax exemptions, especially in the payment of VAT on game proceeds and the approximately 20% levy paid for hiring and maintenance of sporting facilities. This should be a temporary measure until sports development is fully developed into a business capable of paying for itself. Further the ministry and NSA should set performance targets for the various sporting associations before they will qualify for government funding to major international competitions.

Athlete Career Transition Centre: The ministry in conjunction with the Ghana Olympic Committee (GOC) and the National Sport Authority should team up with an academic institution to create a research centre possibly called Ghana's Athletes Career Research and Assistance Centre (GACRAC). The GACRAC Centre shall operate to ensure the following:

· Human Resources Development: The Ministry, the Ghana Olympic Committee, FA, and National Sport Authority should have a policy that supports the training of coaches, sport administrators, and sport science personnel. The training and development of sport sciences personnel with the modern scientific methods is the only way to ensure the flow and transfer of knowledge from the centre of sporting excellence or development down to the grassroots in all corners of the nation. The Ministry should support the various sporting associations to appoint a Performance Director (PD), who working through the national centre for sporting excellence, will prepare sport personnel to sit for recognized international bodies licenses and also nationally recognized courses, seminars and workshops. The human resources development program should then ensure continual training in each region by the PD towards improving:

a. Level and quality of coaching at all levels of the game.

b. Sport science support delivery
c. Professionalism of Referees and their consistency.

d. Health and safety measures of players for better performance and playing conditions.

e. Professionalism and efficiency of the administrations.

It is important to emphasize that sports promote unity, educational, cultural, ethical and humanitarian values, particularly by implementing youth and development programs. Sport is one of the most valuable educational tools for Ghanaian children to learn the values of Discipline, Respect, Fair Play, Self-Esteem, Tolerance, Nationalism, Patriotism, and the Sporting Spirit of winning and losing. This is why we think there is an urgent need to address the challenges facing the entire sports sector and not only football.