US warns of 'widespread conflict' in Libya 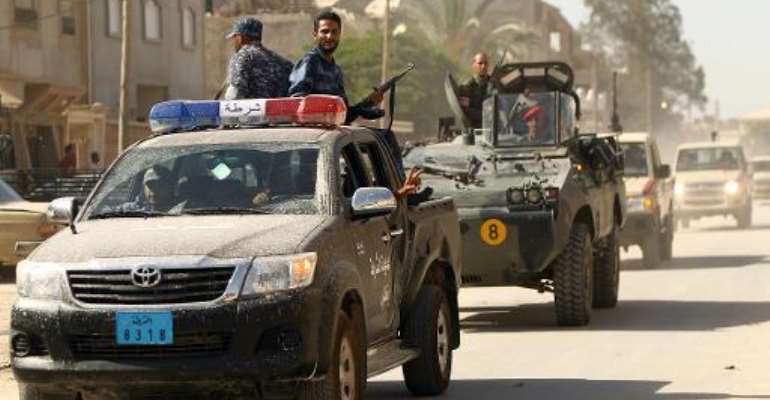 Security forces patrol a street in the Libyan city of Benghazi on June 25, 2014. By (AFP/File)

Washington (AFP) - The United States warned Saturday that the conflict in Libya could become "widespread," urging that a new parliament be quickly seated after contested elections.

"The United States is deeply concerned by the ongoing violence in Libya and dangerous posturing that could lead to widespread conflict there," Psaki said in a statement.

"We affirm our support for Libya's democratic transition and urge the seating of the new Council of Representatives as soon as possible."

The new constitution has been billed as a milestone in the North African country's transition from the 42-year dictatorship of Moamer Kadhafi, who was overthrown and killed in 2011.

"We stress the vital role Libya's Constitution Drafting Assembly plays in building the new country for which Libyans sacrificed so much during the revolution," Psaki added.

"Its work must advance without interference or violence."

Libya's electoral commission has scrapped the results from 24 polling stations due to fraud in a parliamentary election contested at 1,600 stations in June.

Final results are due to be released July 20, but will only cover 184 seats.

Polling for the remaining 16 seats is set to take place at a later date, after voting was canceled in several constituencies due to violence.

Libya has been awash with weapons since the end of the uprising against Kadhafi and has been gripped by increasing lawlessness.

The unrest has had far-reaching security implications for Libya's neighbors.

A Tunisian diplomat and fellow embassy staffer were freed in late June months after being seized by gunmen in Tripoli.