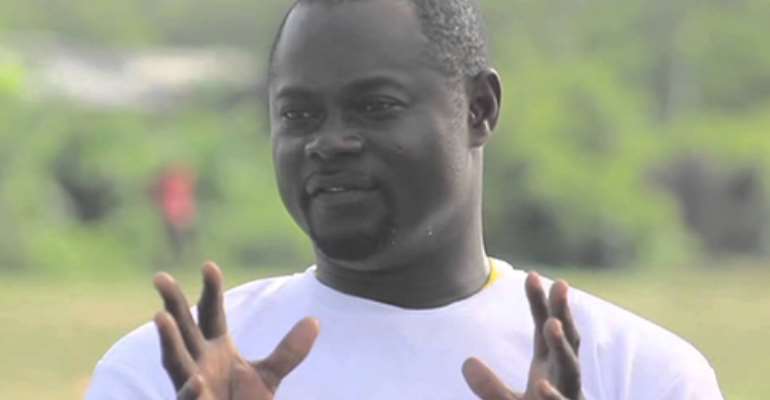 Ex-Ghana Black Stars midfielder Nii Odartey Lamptey thinks the Ghana Football Association (GFA) proposal of trapping invited national players with contracts before they represent the country in every tournament will be dangerous if it is implemented any time soon.

The experienced midfielder made a quick reaction on Asempa Sports after the President of the Ghana FA, Kwesi Nyantakyi announced at a press conference after the national team poor outing in Brazil. According to Nyantekyi the teams' players will be made to sign contracts in the near future when they gain call-ups to the team in other to rectify certain problems the Ghana FA encountered ahead of the Mundial in Brazil over payments of appearance.

These contracts will deal with areas such as bonuses, appearance fees and general conduct on national team duty.In Brazil the entire Black Stars players boycotted some training sessions ahead of their last group G match against Portugal because the government and the GFA had failed to pay them their $100,000 appearance fees before the start of the World Cup.

But 1991 FIFA U-17 best player believes the contract will rather drive the players away from playing for mother Ghana.“My view is that players signing contract will create a lot of problem because the players may opt out if the winning bonuses at the national level cannot be compare to that of club side.

“Although the Black Stars performance was abysmal comparing to the previous editions in Germany and South Africa but I believe the GFA should have a way of solving this issue because if they refuse, this may end Ghana's qualification to subsequent FIFA World Cup”. He added Story by Ghana/Asempa Sports/Immortal Acheampong