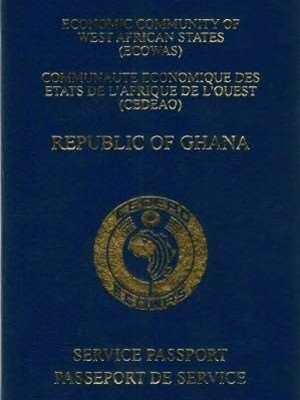 The acquisition of the Ghanaian passport is by far the easiest, relative to other West African countries. When nationals from neighbouring countries troop to Ghana in search of our passports, it is because they can be assured of securing the travel document with little or no hassle at all, thanks to willing bad Ghanaians, especially in the employment of State agencies.

A number of persons holding the Ghanaian travel document are being quizzed by security agents as we compose this commentary, over how they laid hands on the passports. We think that the interrogation of these persons is just a routine because at the end of the day nothing would come out of it.

We bet if there are Ghanaians who would dare challenge persons they doubt are citizens of this country yet possess our travel documents.

We wish to express umbrage at the ease with which bona fide citizens are willing to breach the security of their own country and assist foreigners acquire our passports.

With the Hajj season closing in, we are aware about how many persons would flood the country from neighbouring countries with the intention of acquiring our passports and travelling on same to Saudi Arabia – benefitting from our resources.

We condemn the attitude of government officials who condone this attitude, especially as this poses a major threat to the security of the country, including the image dent this could wreak on all of us when these foreigners engage in criminal activities abroad.

The Ghana Immigration Service (GIS) has an important role to play in the direction of apprehending foreigners who troop into our country to acquire Ghanaian passports. Much as we recognise this role of the GIS, we are also worried about how its work is impeded by many challenges – one of them being interference from political quarters as well as the appropriate logistics.

Many Ghanaians lack the appropriate sense of security as they take things for granted: these persons do not appreciate the importance of protecting the security and sovereignty of their country.

Security breaches taking place in other countries such as Nigeria, to such persons, are too distant to be of concern or bother to them.

Not so in Ghana where regardless of the checks, there are people – some of them on the pay roll of government – ready to sell their country for a pittance.

In this age of Boko Harams, coupled with the challenge of porous borders, we fret over why people would ignore security precautions to the extent of closing their eyes to non-Ghanaians flaunting their travel documents.

Such state agents are responsible for the large number of foreigners coming into the country to register for the National Health Insurance Scheme, even when an equal number of Ghanaians have not been registered.

We cannot afford the repercussions of foreigners breaching our laws with impunity.