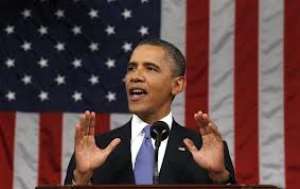 The fellowship programme will provide outstanding young leaders with opportunity to hone their skills at a US university, and support their professional development after they return home.

Assistant Secretary for African Affairs, Linda Thomas-Greenfield at LiveAtState Virtual news Conference on Wednesday, said the future of Africa is in the hands of the youth.

'If you look at the statistics, 65 per cent of the population is 35 and under.   That is a huge, huge youth bulge, and it is that population that will be the future of Africa,' she said.

She said the Obama's administration has made it a major priority to help African countries prepare for the future, 'to mentor young people, to support them, to train them to lead in the future'.

Madam Thomas-Greenfield said leadership is not necessarily about political leadership but leadership in the private, public, communities and in civil society.

She added: 'All of these areas need to have young people prepared to take over and to lead in the future.   It's our future that they're leading for.'

About 500 young people are from Africa out of 50,000 applications received for the slots.

In all, there were about 80,000 who attempted while 30,000 did not get their applications completed.

The Ghanaians joining their counterparts would receive mentorship in entrepreneurship, civil society and public service and participate in the US - Africa Leaders' Summit scheduled for August 4 to August 6 where President Obama will host 51 heads of state and government from Africa for the first ever in Washington.

Madam Thomas-Greenfield said the first day of the conference, will witness series of signature events focusing on partnership with Africa in the past.

'We will be looking at the issues related to health… wildlife… and how we have improved and worked on these issues across the continent.'

The second day, she said, would be the actual Chief Executive Officer Leaders forum which will bring together about 200 companies.

The last and actual day of the Summit will centre on three themes, 'Investing in the Next Generation, Investing in the Future' while the second theme will focus on 'Peace and Security' and the third to look at 'Democracy and Governance'.

You’ve Fulfilled Most Of Your Manifesto Promises; Objective ...
11 minutes ago

How Slain Mfantseman MP Begged Killers To Follow Him Home Fo...
26 minutes ago