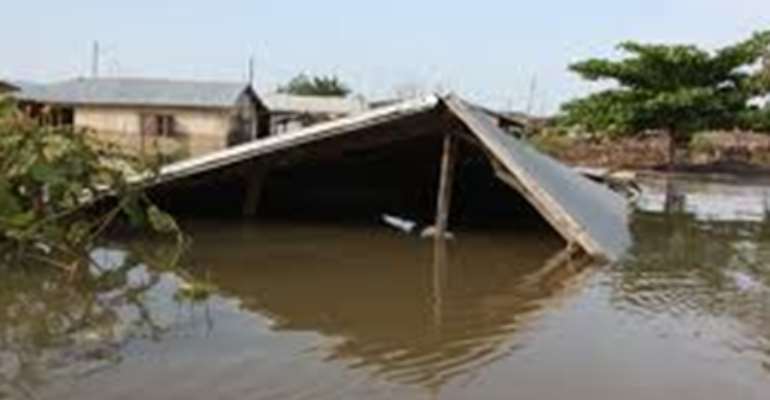 Latest rain over the weekend has also left about five thousand residents homeless.

Officials of the National Disaster Management Organizations have however intensified effort to support the victims.

According to the District Coordinator of NADMO Japheth Baidoo, his outfit has received some relief items from the NADMO headquarters to support the victims.

According to him parts of the area will be drenched with excavators by the end of the weekend to allow for the free floor of water due to poor drainage system in the area.

The latest incident has also halted academic activities in the area as most of the schools have been submerged.