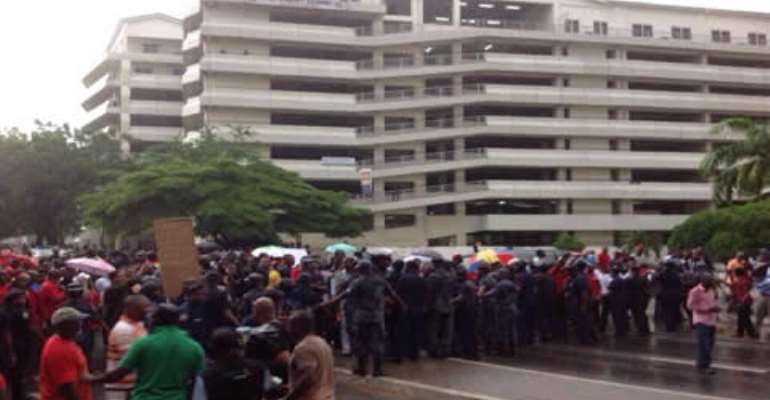 The CEO of Nexus consulting limited and former Chief Operations Officer of UT Group, Captain Rtd. Budu Koomson is urging Ghanaians to intensify their street protests against what he terms “government's incompetence.”

According to him, the street protests will compel government to work harder and deliver improved services and development to Ghanaians.

Speaking to Accra based Oman FM, Captain Koomson said government has over the years failed to perform because of the docility of Ghanaians.

“As a people we deserve what we get, if we are docile, they[government] will continue to do what they are doing”

Captain Koomson described Ghanaians “as too weak, selfish, subservient and beggar of anything and everything.”

He further stated that Ghanaians  are so irresponsible corrupt and ,cheat at the slightest opportunity and lack the ability to challenge their political leaders.

He believes government's mediocrity will not cease until Ghanaians show physical anger .

“We as people need to be more assertive and demand action and retribution,” Mr. Koomson said.

Government has come under criticism for the country's current economic challenges.

These challenges include huge budget deficit, continuous fall of the cedi among others.

Some economists have predicted the situation might get worse if the country fails to resort to the International Monetray Fund for a bail out.

A group of protesters who demonstrated on July 1, 2014 against Ghana's poor economic conditions have threatened to stage more demonstrations if government fails to resolve the economic challenges.