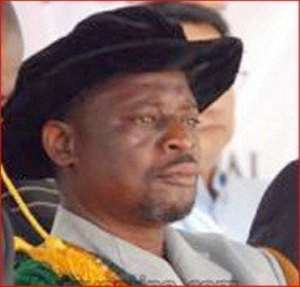 He indicated that instead of the MMDAs to be proactive and nib simmering conflicts in the bud, some of them were allowing such conflicts to grow beyond control, saying, 'You cannot exonerate yourself from blame for some of the conflicts, which are recurring.'

Alhaji Fuseini gave the advice in Tamale on Tuesday at a meeting organized by the Northern Regional Co-ordinating Council with the MMDAs to deliberate on some major development issues affecting the region.

Among some of the issues being discussed were the state of the street-naming exercise, state of preparation of the District Medium-Term Plans by MMDCEs.

Alhaji Fuseini expressed worry that the region has for the past few months been experiencing numerous conflicts, a situation he indicated, does not auger well for the development of the area.

He advised the MMDAs not to remain lukewarm towards early warning signals of conflicts, but to act swiftly to avert any trouble and also liaise with the RCC for further resolution, adding that 'The buck stops with you.'

He said many of the Assemblies in the region were in financial crisis with no single project to be executed due to conflicts, stressing that any little resources that fall in the hands of such Assemblies were diverted towards conflict maintenance.

Alhaji Fuseini indicated that the government was a social democratic one working to improve the lives of the people, and urged the MMDCEs to work seriously to achieve the manifesto promises of government.