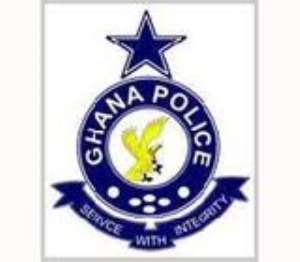 Accra, July 9, GNA - Mr Awuni Angwubutoge, Director General of the Motor Traffic and Transport Department of the Ghana Police service, Wednesday gave the assurance that they would work hard to ensure free flow of traffic during the two-day ECOWAS summit in Accra.

He said unlike the previous summit when the whole of Accra came to a standstill due to huge traffic congestion, his outfit would this time around, make provisions that would contain the situation.

Mr Angwubutoge, who was speaking to Journalists at the Flagstaff House in connection with the traffic arrangements, said the roads would no longer be closed on permanent basis.

President John Dramani Mahama, in his capacity as the chairman of the Economic Community of West African States (ECOWAS), is hosting a two-day ordinary session of Authority of Heads of State and Government in Accra from Thursday July 10 to Friday July 11.

The leaders would among other issues discuss the interim report on the ECOWAS activities, the political situation in Mali and Guinea Bissau, and the outbreak and control measures of the Ebola disease in the sub-region.

Apart from the ECOWAS countries that are attending, Mauritania, Cameroun and Chad are also participating in the summit because of their proximity to some of the West African countries.

He said traffic would flow until they receive signals that the leaders were either moving in or out, 'but even that, there will still be roads that will be opened to the public while we block the road leading to the Movenpick Ambassador Hotel.'

He appealed to the public to sacrifice some time to endure the situation for 24 hours since it was not going to be on permanent basis.

The Director General said policemen would also be placed at vantage points in the city to give directions and protection during the summit and called for cooperation between the police and the public.

He said progress on the Economic Partnership Agreement and the Abidjan- Lagos Highway issues would also feature prominently during the two-day summit in the capital.