Sex And The Camp: The Myth And Morality Of It In Football 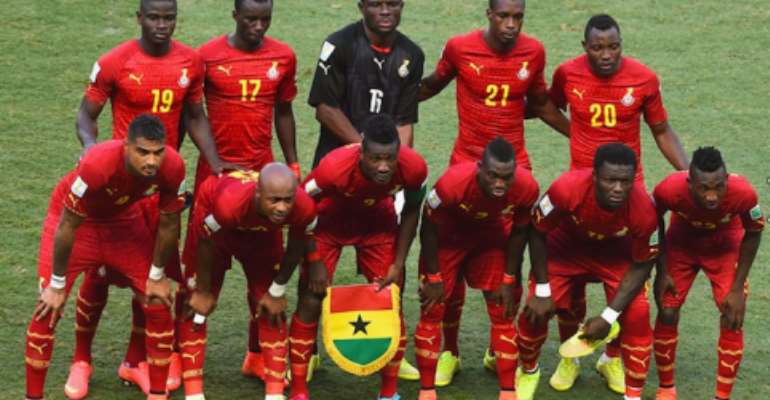 The issue of sex and sexuality is to be found with the human specie especially in endeavours that consist in convocation for longer duration; much has not really gone into streamlining it in the face of robust scientific research.

The issue is even steeped in superstition in Africa when it comes to preparations for tournaments than based on sound evidence based knowledge. As a result, we never get the best out of our adult footballers with their sex life during big and longer tournaments like World Cups.

In Brazil, the Black Stars camp was dogged with concerns about the wives of kwesi Nyantakyi, the GFA president, and that of two players, Sule Muntari and Kelvin Prince Boateng. And a big issue was made out of them as unwelcome distractions.

To this end, those incidents recounted above from the Black Stars camp were not bad omen at all to our fortunes but rather the manner the arrangements were handled.

In the case of the GFA president, he was said by Kelvin Prince Boateng to have included his wife and child in the Business class of the plane the Black Stars were travelling on to the discomfort of they (some of the players, including Kelvin) while the rest of the players were made to make do with the Economy one. In my opinion, the president's family, indeed, was a destruction and trouble because they had no part to play in the Black Stars set up and so had no business being there. Also troubling was the segregation of the players and officials in like manner.

My take again is that the FA president should know that his family is his private and personal matter and should not have been placed in obstacle course to official and formal team preparation although the moral lesson was good and should be encourage. Besides, an end should be put to segregation in Black Stars preparations so that everybody is seen to be equal and family. This I think will conduce to great team morale.

Ghana is not the only country with the sex myth (reports from the last world cup in South Africa in 2010 illustrates this further.) Thus a media report from that World Cup further reveals different camping policies in this regard--this ranges from some total relaxation about it to a total abstinence from it. For instance, the Argentine and the Brazilian teams were allowed to have sex with their wives (or girls friends, I guess) during the tournament. So as a matter- of- fact and from the science of sex reported above, Muntari and Kelvin must be commended for sending their wives along to the tournament.

The policy of the Three Lions, team England, i think is the best appropriate one for our situation going forward. In the last World cup tournament in South Africa, it is reported that the team England players were allowed to host their wives or their girl friends once after every match.

As you probably might have seen in this tournament just after the most gruelling match, in my estimation, between the Netherlands and Costa Rica, Arjen Robben was seen running to his family in the stands after the final whistle to appreciate their presence.

In the heart of the call for investigation into the preparations that went into the Black Stars abysmal performance before and during the tournament, the new Management Team to be formed should make it a point to incorporate this family life in the team with clear guidelines for quality family time.