Is The National Media Commission Working? 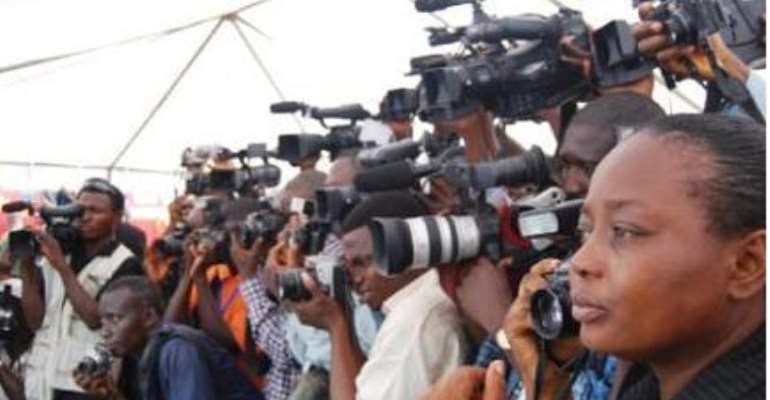 Our constitution guarantees the right which covers that of the liberty of the press and of conscience,and is in effect the fact that any person may say or publish what he pleases so long as he does not bring himself within the law relating to slander or defamatory libel or blasphemous,obscene or seditious words written or spoken.

This was not always the case,for during the military days,the press fell under censorship and certain press liberties were curtailed.Through our collective efforts,we restored back these inalienable right through the coming into force of our constitution.

Today in our country,unbridled politicking has polarized our society,the press which is supposed to be the watchdog for the masses by always keeping government on its toes and give society the needed information,has moved from this constitutionally sanctioned responsibility and now helping to deepen the polarization issue.

The onus of submitting material to the censor rests on the editor or persons responsible for publications we consume.If he likes to publish without submission to the censor he may do so, but in that case he may be dropped on if the material published is injurious to the country's safety or tarnishes the reputation of innocent individuals.You see at least our editors must know that anything like stifling of legitimate comment or criticism can only be,a calculated attempt to do this country more harm

In presenting a news and views to the public,not only must great care be taken to keep the two separate so that the reader or listener can distinguish quite clearly which is news and which is views,but care must also be taken to play fair with the public not to deceive them,for example printing headline which is not in substantial agreement with the test.Recently CITIFMONLINE posted an article on its website on the sanitary pad issue.

The publisher mischievously distorted the facts putting out a news headlined,Government has gone for 156 million dollar World Bank loan to buy sanitary pad.Such a reckless reportage can't be acceptable especially where the project is an important national programme to transform our education sector.Sammy Awuku the Youth Organizer of the main opposition party stated openly on Oman FM that,he was going to do everything possible to demean this national programme by linking occultism to the pad distribution.The host of the programme one KwabenaKwakye didn't stop him from making such reckless statement but rather comforted the platform for him to preach that dangerous message.One Brigitte was given enough ground and space to openly attack the president and his appointees.AfiaPokua a presenter with Adom FM was on air insulting everybody in government and singled out Prof Naana Jane OpokuAgyemang describing her as stupid and empty headed.

I think the NMC must begin to justify why we pay them with our taxes and why those who promulgated the constitution inserted the creation of the commission in our books. The national media commission as we have now is too weak and effective and this weakness and lackadaisical approach to their work has created this unbalanced and unprofessional media landscape we are witnessing.The danger is that,our democracy comes under serious threat if this media recklessness is allowed to grow. I think the review commission of our constitution must relax its implementation to take a second look at these areas,the media is one of the pillars our democracy stands on,so the ineffectiveness of the commission earmarked per our constitution to supervise its operation can create very serious problems for our country.

I think all political forces must stand up against this unethical journalism we witnessing,the country is too polarized to entertain this media recklessness.The international community continue to praise us for doing well with our governance system and I think we must all supervise over the system of government we have chosen.

Ideological inclination is one factor weakening the Media Commission,most of the persons making the commission are known mainstream politicians who aren't ready to chastise persons or journalists who may publish items which inure to their course.We need a very independent media commission so think moving forward,we must amend that provision in the constitution which create the commission,this government representatives on the commission and the whole selection is wrong and can't give us a well constituted and balanced commission to supervise media discipline.