Race to the top flight: RTU, three others to begin battle for last GPL slot 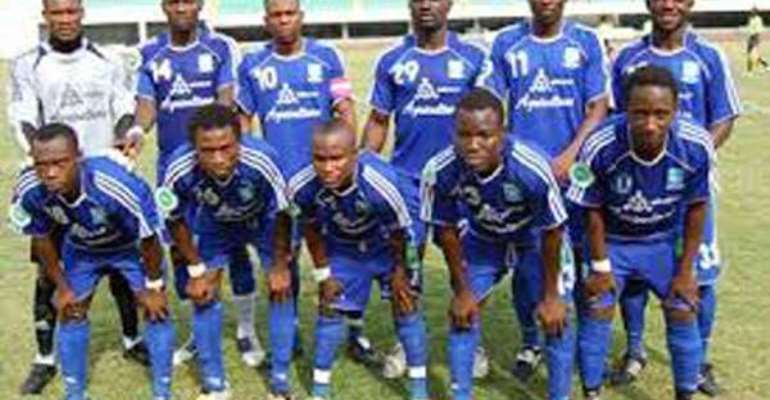 Four clubs will engage each other in a round-robin format beginning this weekend to determine which of them joins Great Olympics and Feyenoord as the Ghana Premier League's new entrants.

The Division One clubs - Real Tamale United, Wa African United, BA United and Berekum Arsenal - will slug it out in Zone I of the National Middle League at the Cape Coast Robert Mensah Stadium and the Sekondi Essipong Stadium.

The trio of RTU, Berekum Arsenal and BA United have all tasted top flight action in the past, but small club Wa African United will be hoping to secure a historic first ever qualification.

How they got here
RTU, arguably the most high profile of the quartet, were relegated from the top flight two seasons ago after going 30 games without a single win. They however finished a point behind leaders Wa African United in Zone 1A of the Division One League.

BA United, one of Ghana's most respected traditional clubs, will be hoping to return to the top flight after many years out. They finished above their regional rivals Berekum Arsenal - who were also relegated from the league two years ago - in a tightly contested Zone 1B race.

The competition, expected to be as heated as the ones from Zone two and three, will last from July 12 to July 19.

The team with the most points after the final match day (match day three) will secure a ticket to the 2014/15 Ghana Premier League season. In case of a tie, the head-to-head rule shall apply.

Below are the full fixtures released by the Division One League Board.

Which team will return to the Ghana Premier League? Share your thoughts with us.

If Nana Addo has brought Free SHS, what else can't he do for...
9 minutes ago