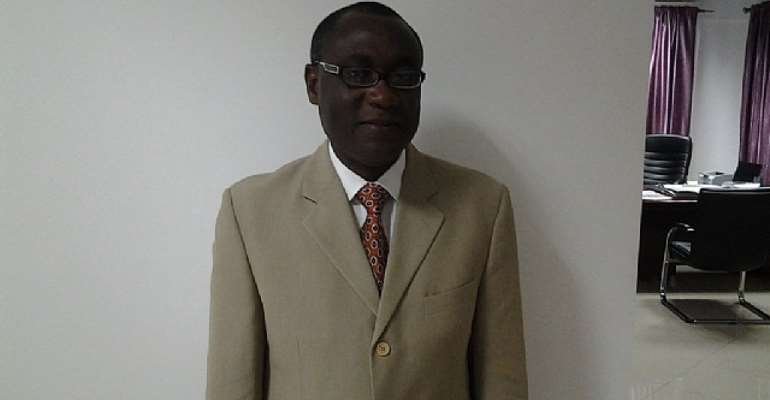 EN-GB X-NONE X-NONE
A GNA feature by Amadu Kamil Sanah`
Accra, July 7, GNA -  On February 1, this year, Reverend Ernest Adu-Gyamfi, was inducted into office as Executive President of Ghana Baptist Convention (GBC), and promised to work hard to raise the standards of the Convention.

He said he would confer with the Advisory Council (Denominational Board) to tackle key strategic areas to raise the spiritual, financial, educational and social status of the GBC.

Rev Adu-Gyamfi, who by his elevation becomes the Chancellor of Ghana Baptist University College, is being assisted by Rev Enoch Nii Narh Thompson, Vice-President of GBC to make his promise a reality.

The rest are human resource development, supporting Pastors in rural and deprived areas / retirement benefit for Ministers, deepening the spiritual base of the Convention and Evangelism and Mission.

The GBC began in 1924 by some Yoruba traders in Ghana as a fellowship of Nigerian Baptists and established the First Baptist Church in Kumasi in 1925.

The Nigerians later invited the Missionaries of the Southern Baptist Convention in USA to come to Ghana in 1947 to help the work since the Nigerians could not reach the Ghanaians. The first missionaries were Rev and Mrs Littleton.

It set up the Baptist Medical Centre in Nalerigu in 1958, which is the biggest medical facility in the north-eastern part of Ghana serving the people of Ghana, Togo and Burkina Faso.

The GBC established the Ghana Baptist University College in 2006.

In March 2000, the Convention started Baptist Relief And Development Agency, as part of the desire to reach the needy and the lost for Christ through a holistic ministry.

The GBC has established nine early childhood development centres in communities where the Trokosi practice is prevalent as well as Baptist Vocational Training Centre (BVTC), a fully-fledged National Vocational Training Institute an accredited institution offering vocational training for ex-Trokosi girls and less privileged girls in the Asuogyaman District of the Eastern Region.

Trokosi girls are shrine slaves who are taken into servitude for a number of reasons, including the atonement of the sins of members of their families. The girls who are usually virgins are abused sexually and go through a lot of ordeal to pay for sins they did not commit.

The GBC liaised with other organisations to campaign against HIV and AIDS pandemic in Ghana in the early 2000.

Some of its development interventions include the Baptist Child Development Programme (BCDP) in Northern Ghana.   A number of projects were initiated in the area of education, health and nutrition, sanitation and hygiene, sustainable livelihood development with the aim of improving the living standard of communities.

In the area of advocacy, the GBC created awareness to reduce the human rights infringements associated with Trokosi practice, while more than 1000 children were given access to education in rural communities where early childhood development centres have been established.

More than 200 girls have gained their freedom from the Trokosi practices and received free three-year vocation training from the BVTC.

The BVTC has also given opportunity to more than 100 other girls in the Asuogyaman District in the Eastern Region.

It has provided 140 needy but brilliant girls financial support to enable them complete their SHS and supported the victims of the 2007 northern Ghana flood disaster with Relief items worth $ 10,000.00.

Through BCDP programmes in northern Ghana, about 1,800 children have had access to education with the establishment of one early childhood centre, two primary schools and one junior high school.

The GBC aims at improving infrastructure for the nine early childhood development centres provide a well-resourced classroom structure for the BVTC, expand educational financial support to cover all levels of education and meeting other developmental needs of rural communities.

The Laurel First Baptist Church, Maryland, regularly offers financial support for BVTC, while Southern Hill Baptist Church, Oklahoma State, USA is funding the release of Trokosi girls and the purchase of a bus for BVTC.

The BVTC has also received support from Everyday Ministries, Oklahoma State; USA for the purchase of a bus, Rotary Club of Accra is providing equipment and learning resources, while Council for Technical Vocational Education Training is also equipping the centre.

First Baptist Church, Midland, Michigan, USA is construction a dining hall for BVTC   and resourcing the various departments with tools and equipment.

The Baptist students in tertiary institutions have trained leaders at student and youth levels of the GBC, planted churches in the urban and rural areas, through Student Holiday Outreach Programmes (SHOP), with support from the Association of Baptist Business Executives and a group of Ghanaian Baptist Businessmen and women with a heart for Evangelism and Missions

They have also organised community services such as tree planting, blood donations and offered gifts and cash to Kumasi and Cape Coast Children's Homes and developed trainer of trainers' leadership resources for equipping Christian leaders in Ghana.

In January 2010, Pastor Leo Owusu Afriyie was employed to serve as an Assistant Director of Missions. He has been in the position till date.

The effort of the Director and his team led to the establishment of the first home Mission field at Wa; with Rev Emmanuel Mustapha as the resident Missionary. After spending five years in Wa, Rev Mustapha was appointed a Missionary to Yendi and he has been there till date. Later, four other home Missions have been added.

The Sefwi, Nzema, North Volta and recently the Navrongo Mission Field were all established to spread the gospel of our Lord Jesus and plant churches. Among these five Mission fields are about 1000 churches planted in the last decade.

The GBC sought to strengthen its presence in all regional and district capitals; by planting churches who will eventually reach out to the towns and villages within its catchment area.

Some churches were given assistant through the Missions week proceeds to either purchase lands, roof, or support their Pastors.

Some individuals have been given scholarships to study at the GBC Theological institutions to become Pastors to man some key churches.

Currently, the GBC has about 1800 churches nationwide.

The Convention is planning to launch a Mission field in the Afram Plains.

The GBC aims at continuing to plant district capital churches with the SHOP.

This year five of those churches have been planted at the Kumasi -Accra high way at Anyinam, Osino, and Nsutam, also at Nsawam, and Aburi.

The focus on the Mission Fields will be to provide discipleship and infrastructure for our numerous churches.

American Baptist have partnered with GBC in distributing mosquito nets in the Mission fields, at Hohoe and Yendi. At Nzema, they are also involved in drilling boreholes and recently cut the sod for the building of a modern hospital. EN-GB X-NONE X-NONE