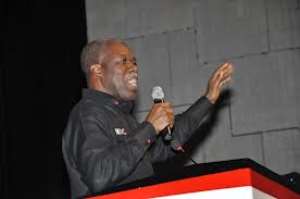 The colourful ceremony saw the Ghana Navy takeover guard duties and sentries from the Ghana Army at the Flagstaff House for the next one month.

The Changeover of Guards is part of the Armed Forces tradition where the Army, the Air Force and the Navy rotate to carryout guard duties at the Presidency.

Vice President Amissah-Arthur observed the Changeover of Guards and a display by the Armed Force with the other dignitaries whiles standing at the upper terrace of the Flagstaff House.

Besides, school children from the Roman Catholic Basic School and Derby Avenue Basic School were also at the Flagstaff House to witness the ceremony.

Later, some of the school children interacted with Vice President Amissah-Arthur and other officials present.