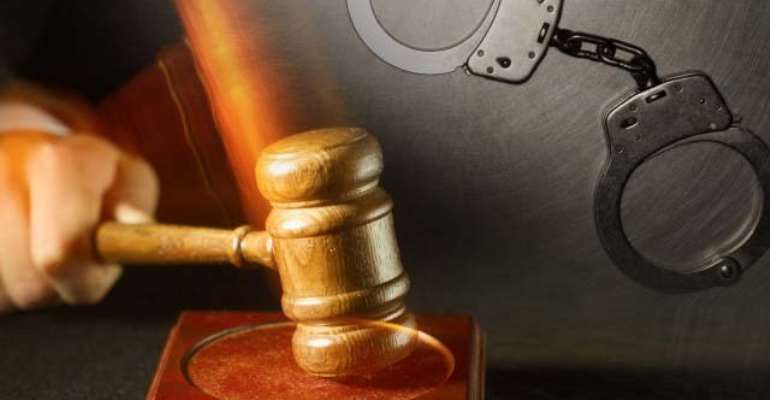 Kumasi, July 06, GNA - Two labourers have been sentenced to a total of six years imprisonment by a Kumasi Circuit Court over the theft of musical instruments valued at GH¢ 2,350.00 the property of the Adom Baptist Church at Atwima-Behenase.

Kwasi Twumasi and Kwabena Ketewa both aged 27 years, would each serve a term of three years.

They were convicted after they pleaded guilty to charges of conspiracy, causing unlawful damage, unlawful entry, and stealing.

Yahya Haruna, who has been standing trial with them, however, denied any wrong doing for buying the stolen items and he was granted bail in the sum of GH¢20,000.00 with a surety to make his next appearance on July 10.

Police Inspector Gulliver Tenkorang told the court presided over by Mr William Boampong that the crime was committed on June 20.

The convicts broke into the church's auditorium in the night and made off with two loud speakers, combo machine and two FM microphones.

The Head Pastor, the Reverend Paul Amoah, detected the theft the next morning, made a formal report to the police and investigations led to the arrest of Twumasi.

He mentioned his other criminal colleague, Ketewa, and he was also apprehended.

The prosecution said they told the police that the items were sold to Haruna for GH¢150.00 and he was consequently arrested and the stolen items retrieved.