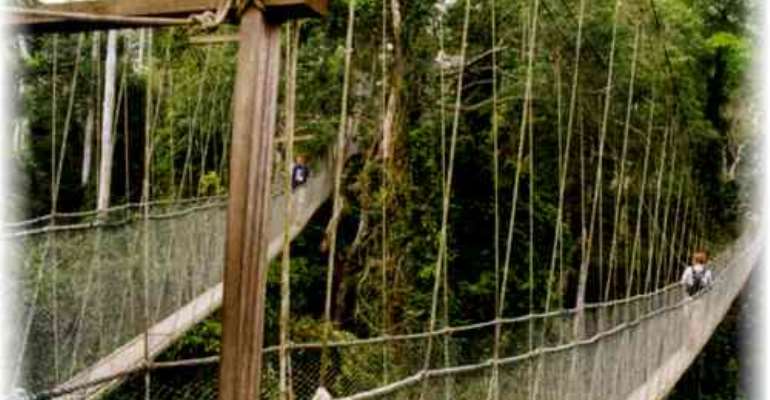 Saltpond, May 20, GNA - The Assemblyman for Adiembra electoral area in the newly created Assin South District, Mr. Derick Owusu-Ambrose has expressed concern about the rate at which some endangered species of animals including elephants are being poached in the Atandaso portion of the Kakum National Park.

Mr. Owusu-Ambrose who is also a pharmacist at the Saltpond Government Hospital appealed to officials of the Department of Game and Wildlife to live up to expectation by checking the activities of poachers.

Speaking to Ghana News Agency at Saltpond, Mr. Owusu-Ambrose said about two weeks ago two elephants were killed at that area, after removing the ivory, some inhabitants of the nearby communities went to the Park to chop off pieces of the carcases for their meat. According to the Assemblyman, some parts were sold to chop-bar keepers.

He said the purpose for which the park was established would be defeated if the endangered spices became extinct and appealed to chiefs assembly members, unit committee town and area council members to be vigilant and apprehend hunters who poached animals in the Park.

AUDIO: We perform human sacrifices to get more gold, either ...
4 minutes ago