By International Federation of Red Cross and Red Cres 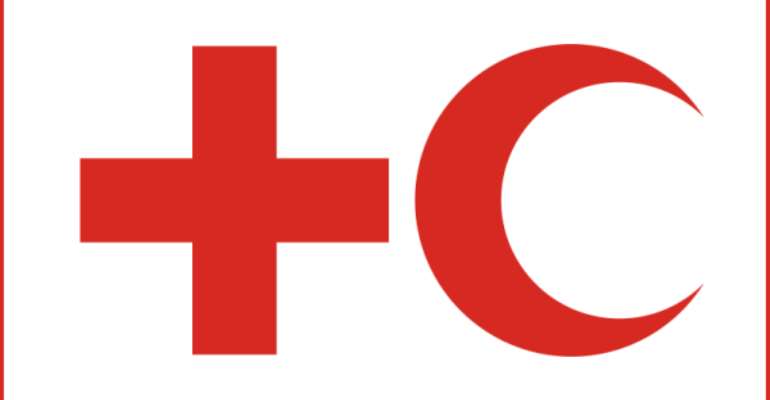 GENEVA, Switzerland, July 4, 2014/African Press Organization (APO)/ -- The Red Cross joins ministers of health from eleven West African countries and other partners in calling for an all-out assault on the Ebola virus disease outbreak. It is a commitment needed at all levels, including governments, stakeholders, communities, and religious and opinion leaders if the largest Ebola outbreak in history in terms of number of cases and affected countries is to be stopped.

This commitment was made at the end of a special ministerial meeting on the Ebola virus disease in West Africa convened by the World Health Organization (WHO) in Accra, Ghana, this week.

Participants believe that no one should be left behind in the fight against Ebola, one of the most contagious diseases which has already claimed the lives of hundreds of people in West Africa. As of 3 July, the cumulative total of Ebola cases in the three affected countries of Guinea, Liberia and Sierra Leone stands at more than 750, with nearly 500 deaths.

They also warned that this deadly disease could spread beyond the already affected countries if urgent action is not taken.

Participants adopted a common inter-country strategy, calling for an accelerated response to the Ebola virus disease outbreak. The strategy stresses the urgent need to scale up communication efforts, social mobilization, surveillance, contact tracing, case management and cross-border collaboration while calling for more research, especially from African researchers, to pay special attention to the epidemic. Community, religious and opinion leaders also need to be involved to break through the resistance that many humanitarian actors are encountering on the ground.

“This is the first time Ebola has surfaced in West Africa and many people are showing their fears by refusing to admit the existence of the disease and by preventing some aid organizations from entering their communities,” says Dr Ben Adinoyi Adeiza, International Federation of Red Cross and Red Crescent Societies (IFRC) health coordinator in Africa.

This community resistance is exacerbated by rumours and myths about Ebola which can hinder the work of individuals and organisations working to contain the disease.

“We, and other humanitarian organisations, have had several security incident since the beginning of the response,” says Aliou Boly, Ebola operations manager for IFRC in Guinea. “There has been an increasing number of incidents in the last weeks which is hampering the response of our volunteers and staff on the ground. We need to be ensured of their security and safety so they can carry on their humanitarian duties in the best possible way. Education and social mobilization to change behavior are vital to stopping this disease in its tracks and to allay fear and stigma attached to it.”

Participants also called on African governments, ECOWAS (the regional network of 16 countries), and other partners to mobilize and dedicate special funds to the response.

Since the outbreak was first announced, the Red Cross has launched emergency operations in Guinea, Liberia and Sierra Leone, through which more than 2,000 volunteers are being trained and mobilized to share key messages of prevention and protection. In neighbouring Cote d'Ivoire, Mali and Senegal, a further 686 volunteers have been sharing similar messages for the past two months, to prepare communities should the virus spread further across the region. Money from the IFRC's Disaster Relief Emergency Fund has been released to support these preparedness efforts.