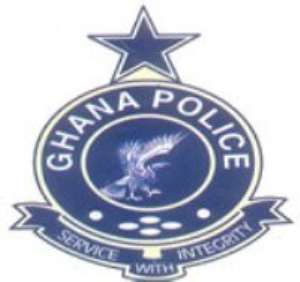 Breku (Ash), July 3, GNA - The police have taken steps to stop repeated robbery attacks on travelers on the two-kilometre Breku/Nnadieso stretch of the Kumasi/Accra highway through the construction of two permanent police posts at the Pra River Junction and Nnadieso.

The move has been hailed as a big relief not only to motorists and passengers but also to the people in the area.

This portion of the highway has for some time now held high attraction for armed robbers because of telecommunications hitches that made it impossible for people to access mobile phone network services on entering that zone.

The police action comes after the GNA broke the news on how criminals were cashing in on the absence of the telephone network services to attack and rob drivers and passengers of their money and other valuables.

They would hide in the Pra River Forest Reserve, strike and melt into the forest. The last attack occurred on May 20 in which a cargo truck driver was shot dead.

The GNA had visited the Asante-Akim District under STAR-Ghana's sponsored media auditing and tracking of development projects, an initiative launched to put the spotlight on how government's resources are helping to change the lives of the people, particularly the rural population.

The goal is to promote transparency in the local governance system.

Deputy Superintendent of Police Samuel Sandow Latebu, the District Police Commander, said work had already begun on the Nnadieso project and that of the Pra River junction would start before the end of the week.

He said the police were determined to go to every length to assure the people of their security and to fight crime, adding that there was strong police presence on the road by way of 24-hour police patrol.

DSP Latebu called for continued public support in the form of credible leads to help arrest and to bring to justice those who have chosen to live outside the law.

Also, Millicom Ghana, operators of Tigo, has erected a mast to restore network services to mobile phone users on that section of the highway.