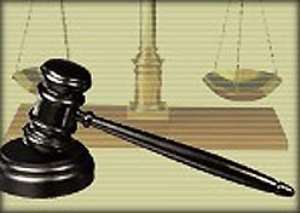 Djin said she discovered that quality after she severed ties to her family and felt destitute.

"If it weren't for him, I'd be dead," said Djin, 58, who met him in a Hill District hotel where he was a bartender more than 30 years ago. He gave her food and shelter. "I will never in my life forget the man. I thank God that I met him."

Osei Yaw Djin's work as a jitney driver -- an unlicensed taxi driver who operates in neighborhoods where regular taxi service is rare -- put him into the path of the case's main suspect, who was held for court after a preliminary hearing Tuesday at the Allegheny County Coroner's Office.

John D. Wilson, 19, of West Mifflin, is charged with criminal homicide for the fatal shooting of Djin, of Oakland, after Djin reportedly refused to give Wilson, his girlfriend, his two children and his brother a ride back to West Mifflin from the Hill District the afternoon of April 30.

Logan testified that Wilson confessed to the crime in detail when Logan questioned him. Wilson said he didn't know how many shots he fired from the front passenger seat of the car at Djin, 54, and that he intended only to scare him at first.

"False confessions exist, and they happen all the time," Elish said, after the hearing.

During an intense cross-examination, Elish tried to discredit the detective's testimony, saying the evidence linking Wilson to the crime was circumstantial, and his confession had not been taped.

Logan responded that Wilson refused to have his statement recorded.

More than 20 of Djin's supporters filled the coroner's courtroom, and jitney drivers wore blue ribbons around their arms for their Blue Ribbon Solidarity Campaign, an anti-violence effort spurred by Djin's death.

"It stands for life; this is to signify all people killed violently," said Robert Thomas, 50, of the Hill District. He worked at the same jitney stand with Djin, who moved to the United States from Ghana more than 30 years ago.

Following the hearing, supporters filed out of the courtroom and congregated somberly on the steps outside.

Among the supporters for the slain man was Adrienne Young, of Garfield, founder and executive director of Tree of Hope -- a faith-based organization that helps victims of violent crime and families.

"I thought that it is an outrageous thing that's happening in our community, that someone could be murdered just for refusing to drive someone in their own vehicle," Young said.

When Djin wasn't driving, relatives and friends said, he enjoyed sports and poured his passion into his faith and his church, Allegheny Center Alliance Church on the North Side.

"You can't have a conversation with him without talking about what God did for him, and Jesus," said Abigail Djin, one of his three grown daughters. Judith, 24, and Mary, 21, are the others. He also has two grandchildren, with two more grandchildren on the way.

I'm totally scandalised how Parliament has been badly bastar...
16 minutes ago