Nduom to proffer solutions to Ghana's economic crisis on July 28 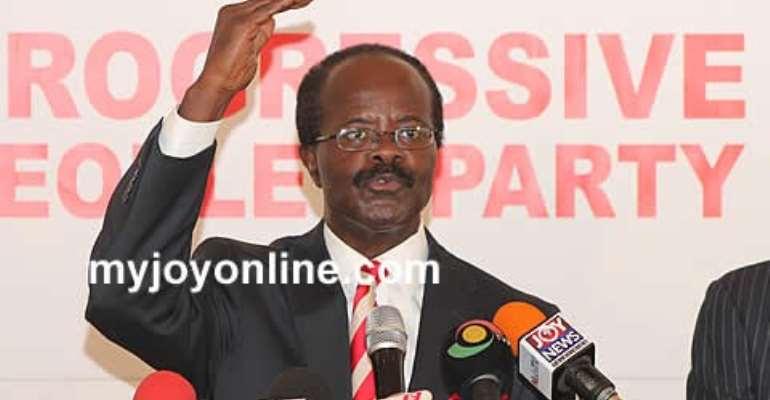 Dr. Papa Kwesi Nduom, a member of the National Committee of opposition Progressive People's Party (PPP), is scheduled to deliver a lecture on Monday July 28, 2014, under the theme “Solutions for Ghana: A Nation in Crisis”.

The lecture forms part of activities marking the second anniversary celebration of the party. Originally cut to focus on the economic transformation of the country, the lecture has been reviewed to include key aspects of leadership in nation building; in apparent response to recent developments in the country, as the people beg for solutions for the arrest of their failing nation state.

At their regular monthly meeting held last Wednesday, the National Executive Committee of the party decried the failure of the President, John Mahama to lead the country. The committee expressed apprehension about the real likelihood of the country sliding into a failed state if measures were not put in place to arrest the rate at which citizens were losing confidence in the President's ability to provide leadership for the nation's development.

Apart from solutions for the long term economic transformation of the country, the lecture will address and offer solutions to the generally bad economic management of the country, evidenced in the numerous cases of misappropriation and misapplication of public funds.

Other areas to be covered include the proposed review of portions of the 1992 constitution, a new innovative role for the private sector in national development, energy, health, water, sanitation and education.

The PPP National Committee, expressed disappointment in the failure of the largest opposition party the New Patriotic Party (NPP), to take on government in the face of unbridled abuse of state resources while the people become worse off by the day.